Paul George expected to return from months-long absence from injury

Help is on the way for Clipper Nation as Paul George is expected to return from injury against the Utah Jazz.

LOS ANGELES - Los Angeles Clippers superstar Paul George is set to make his return Tuesday night after being sidelined with an injury to his right elbow since the winter holidays.

Before suffering a torn ligament to his right elbow on Dec. 22, George was having an MVP-caliber season and stepped up to the challenge to become an offensive machine and leader without fellow superstar Kawhi Leonard. 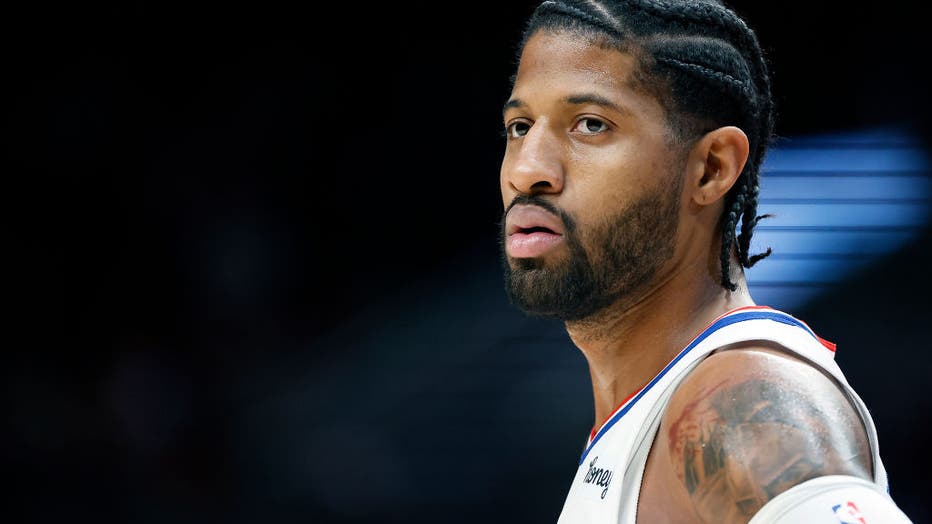 Leonard suffered an ACL injury during the playoffs last season in the Western Conference semifinals against Utah. The two-time NBA Finals MVP has not played a game this season, and it’s unknown when he will return.

What is less questionable and is welcome news to Clipper Nation is George’s likely return.

The Clippers posted footage of George fully participating at the team's practice on Monday.

Despite the odds and current losing streak amid a brutal schedule, the Clippers are locked in as the eighth seed in the Western Conference, sending them to the play-in tournament to fight for a spot in the playoffs.

Even if the Clippers are successful in the play-in tournament, they will have a steep hill to climb and will take on either Phoenix or Memphis in the first round.

On ESPN’s NBA Today, NBA legend Vince Carter said George's return is significant during the final stretch of the season.

Sports Illustrated’s Farbod Esnaashari was the first to report the news that George was listed as questionable for Tuesday night’s game against the Jazz.