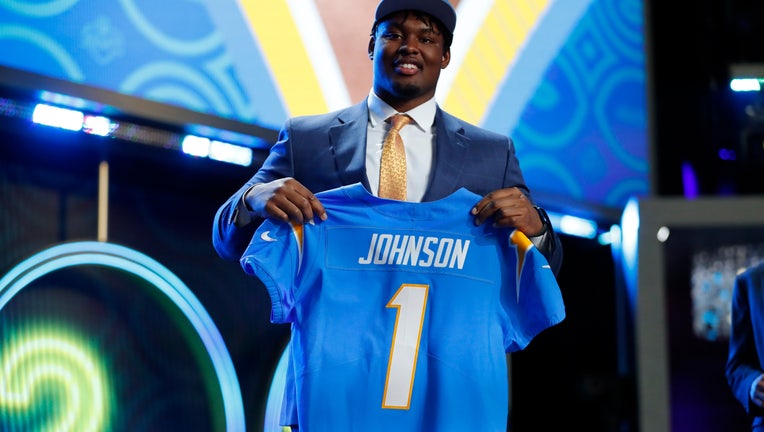 The Johnson pick is the first time in franchise history the Chargers have selected a guard in the first round and also marks the first time they have addressed the offensive line with their top pick in consecutive drafts.

Los Angeles can only hope Johnson does as well as Rashawn Slater, whom they got with the 13th overall pick last year. Slater moved into the starting left tackle spot and ended up being selected to the Pro Bowl.

Johnson was one of the consensus top prospects at guard coming into the draft. He was a three-year starter for the Eagles and earned first-team All-Atlantic Coast Conference honors last season. According to Pro Football Focus, Johnson allowed only one sack and three quarterback hurries last year.

Prior to Boston College and spending two seasons with Davidson, Johnson starred with Riverdale Baptist in Upper Marlboro.

Johnson is likely to start at right guard after Michael Schofield and Oday Aboushi departed in free agency.

The last time the Chargers used their top pick on an offensive player for a third straight year was 1981. They took quarterback Justin Herbert with the sixth pick in 2020 and Slater last year.