COSTA MESA, Calif. - Philip Rivers' 16-year career with the Chargers has come to an end. 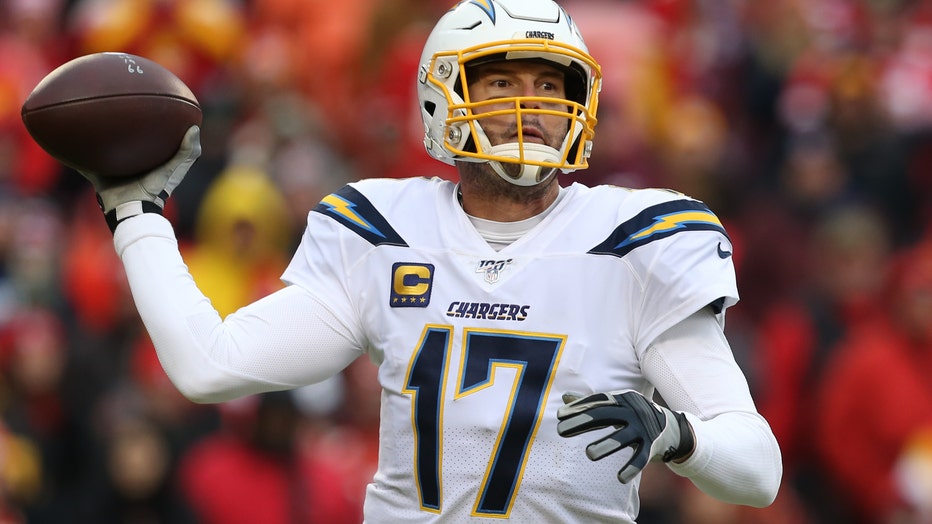 The franchise announced Monday that Rivers will enter free agency and not return for the upcoming season. General manager Tom Telesco said in a statement that as they talked through various scenarios with Rivers, it became apparent it would be best for both "to turn the page on what has truly been a remarkable run."

Rivers was drafted fourth overall by the New York Giants in the 2004 draft but was traded to the Chargers in a draft-day deal for Eli Manning. Rivers went on to set 30 franchise records with the Chargers. His 224 consecutive regular-season starts are second-most among quarterbacks in NFL history and his 123 wins are ninth. He is one of six quarterbacks to eclipse 50,000 career yards and his 397 touchdowns are sixth.

Los Angeles was 5-11 last season and has the sixth pick in April's draft. The Chargers also have Tyrod Taylor, who will be entering his 10th season and has 46 starts with Buffalo and Cleveland.