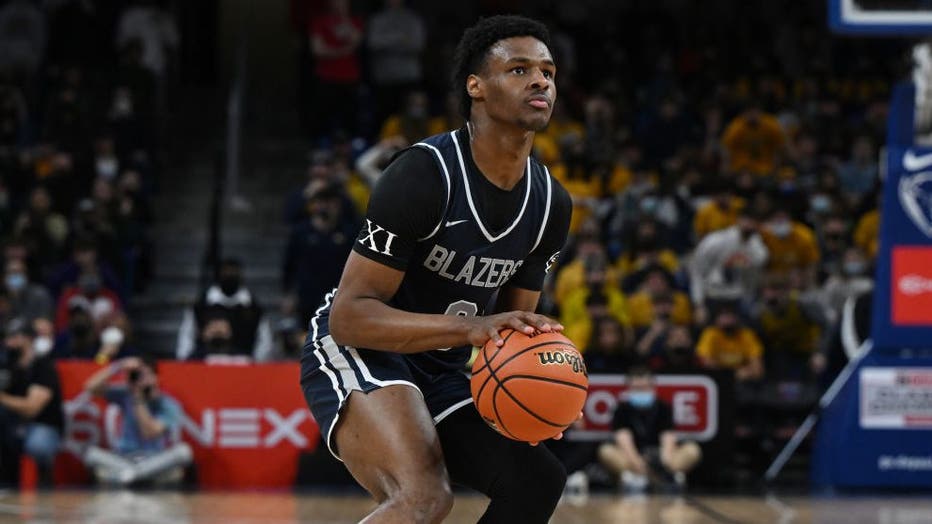 Bronny James, the oldest son of Los Angeles Lakers superstar LeBron James, has become the first high school athlete to sign a NIL contract with Beats by Dre. The deal was announced Monday by the massive headphones company. A YouTube video was also released that features the father-son duo called "King of the Court: LeBron James’ Legacy Continues."

NIL stands for name, image, and likeness and allows student-athletes to earn compensation.

Coincidentally, "King James" was the first athlete to ink a deal with Beats by Dre in 2008.

Last week, it was also announced that Bronny James signed a deal with Nike and will be included in the marketing for the Nike LeBron 20, as reported by ESPN.

Bronny James is a senior at Sierra Canyon High School in Chatsworth. The 18-year-old now stands at six feet two inches tall and had a monstrous 31-point performance in the Top Flight Invite tournament in Las Vegas over the weekend.

The highly coveted senior has yet to announce where he’ll play college hoops next fall.