ATLANTA - Braves legend and Hall of Fame pitcher Phil Niekro passed away Saturday night in his sleep after a long battle with cancer. He was 81 years old.

The Braves also honor Niekro’s legacy by annually presenting the "Phil Niekro Award," awarded to the top minor-league pitcher in the Braves organization.

Niekro played for 24 years in the majors, 21 of which spent across two stints with the Braves. He signed with Milwaukee in 1958, and after making his big-league debut six years later, anchored the Braves' rotation for the next two decades. 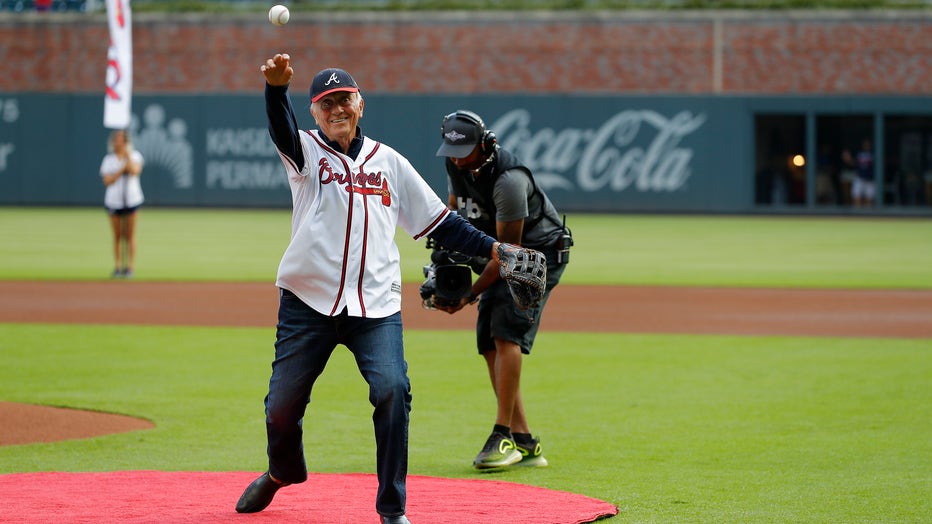 Phil Niekro throws out the ceremonial first pitch prior to game five of the National League Division Series between the Atlanta Braves and the St. Louis Cardinals at SunTrust Park on October 09, 2019 in Atlanta, Georgia. (Photo by Kevin C. Cox/Getty

Beginning with his first full major-league season in 1967, when he posted the majors lowest ERA (1.87), Niekro went 14 consecutive campaigns compiling at least 10 wins and 200.0 innings, a stretch that ended with the strike-shortened 1981 season. In three of those years, Niekro won at least 20 games, including leading the National League in victories in 1974 (20) and 1979 (21). He won a career-best 23 games in 1969, helping Atlanta to the N.L. West division title, the franchise’s first since relocating from Milwaukee in 1966. He finished as the N.L Cy Young runner-up that season to New York’s Tom Seaver, one of five top-six Cy Young finishes in his career.

On August 5, 1973, Niekro tossed the 12th no-hitter in franchise history, allowing three walks and striking out four, as the Braves beat the Padres, 9-0, at Atlanta Stadium. 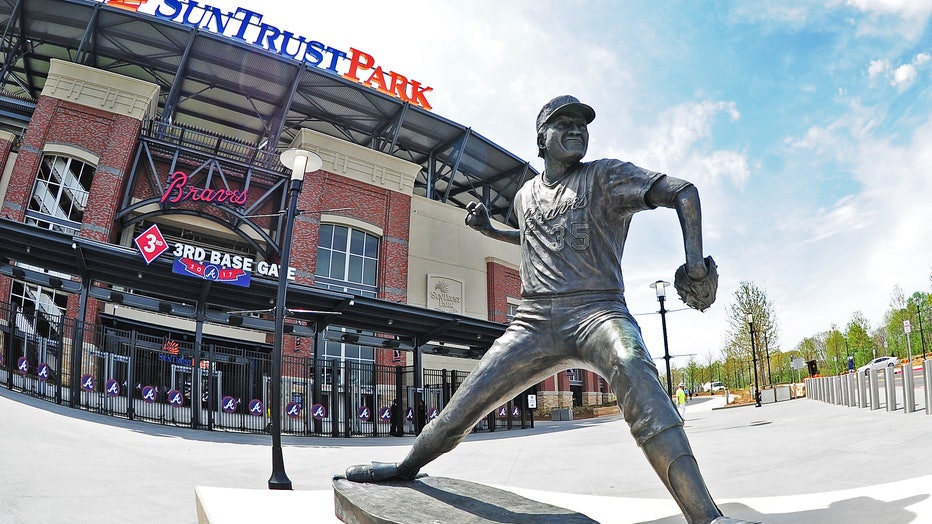 A general exterior view of SunTrust Park with the statue of Phil Niekro before the exhibition game between the Atlanta Braves and the New York Yankees on March 31, 2017 in Atlanta, Georgia. (Photo by Scott Cunningham/Getty Images)

In lieu of flowers, the family has asked for any donations to be directed to the Edmondson Telford Child Advocacy Center, 603 Washington Street SW, Gainesville, GA, 30501.