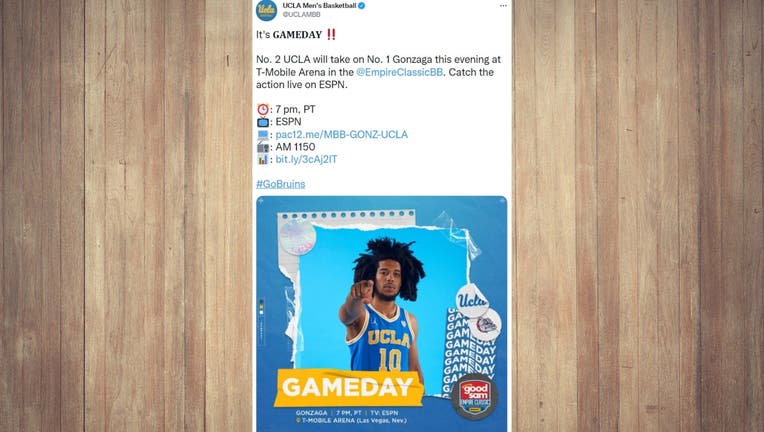 This time of the year is all about friends and family, turkey and pie, and plenty of football to take up the days.

Better make some room for some basketball, too.

The rise of exempt tournaments the past few years has turned the week of Thanksgiving into a reason to give thanks for some college hoops. Just about every day is overflowing with tantalizing matchups, which not only serve as Top 25 shake-ups during the early portion of the season but could act as resume-builders when March rolls around.

Whether they’re taking place in the Virgin Islands or the Bahamas, Mexico or somewhere across the U.S., here is a look at some of the early-season tourneys that should provide a television feast for sports fans.

Might at well address the big one first: Top-ranked Gonzaga will face No. 2 UCLA in the Good Sam Empire Classic on Tuesday night in Las Vegas, a rematch of the thrilling national semifinal won by the Bulldogs in overtime.

"I was breaking down last night watching our UCLA game — they literally have their whole team back," Gonzaga coach Mark Few said. "We’re definitely totally different, and to Mick (Cronin)’s credit, they used that as a springboard. They’re playing really confident and much like they played in the NCAA Tournament."

This will be the first time the Bruins have faced the nation’s No. 1 team in the regular season since Dec. 3, 2016, when they defeated top-ranked Kentucky in Rupp Arena.

"Mick and I worked really hard putting this game together," Few said. "We came to realize that we need to do stuff like this because of West Coast basketball, and we’ll continue to do that moving forward. But to navigate our way to this game with these lofty rankings, whether they’re real or not — we’ll figure that out in February — should make for a fun night."

Stay with FOX 11 Sports during our 5 p.m., 6 p.m. and 10 p.m. newscasts as Kyle Kraska will be in Las Vegas to share everything you need to know about Tuesday's heavyweight showdown. 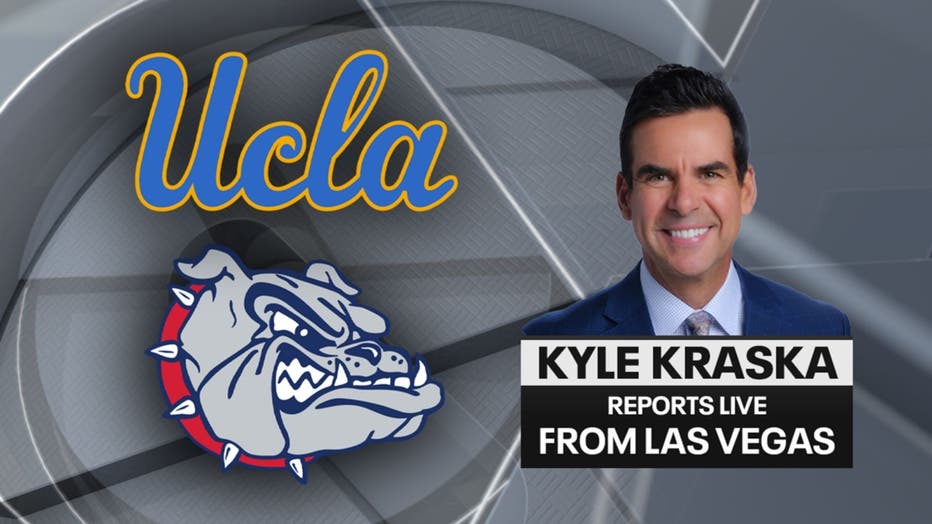 One of the premier early-season tournaments will be played on the mainland again because of COVID-19 with No. 12 Houston joining Oregon, Wisconsin and Butler in the Maui Invitational. The games will be played at Mandalay Bay in Las Vegas after they were played in Asheville, North Carolina, last season.

Seton Hall leaped into the Top 25 at No. 21 after beating then-No. 4 Michigan last week. The Pirates will join No. 23 Florida and Ohio State in headlining the Fort Myers Tip-Off at Suncoast Credit Union Arena.

Another one of the best early season tournaments is back after COVID-19 forced its cancellation. The Battle 4 Atlantis features a series of big-time matchups right from the start Wednesday: No. 19 Auburn against No. 22 Uconn, Michigan State against Loyola-Chicago, Syracuse against Virginia Commonwealth and Arizona State against No. 6 Baylor.

The long-time staple of the New York City hoops scene takes place at Barclays Center in Brooklyn these days. No. 25 Xavier takes on Iowa State and ninth-ranked Memphis faces Virginia Tech in the first round Wednesday night.

No. 24 Southern California won’t have far to go when it faces Saint Joseph’s on Thursday night in the opening round at the Anaheim Convention Center. San Diego State takes on Georgetown the same night in the Wooden Legacy.

Fourth-ranked Kansas and No. 10 Alabama are the headliners in the ESPN Events Invitational beginning Thursday at HP Field House in Kissimmee, Florida. The Jayhawks face North Texas and the Crimson Tide play Iona in first-round games, while Belmont takes on Drake and Dayton plays Miami in the other two matchups.