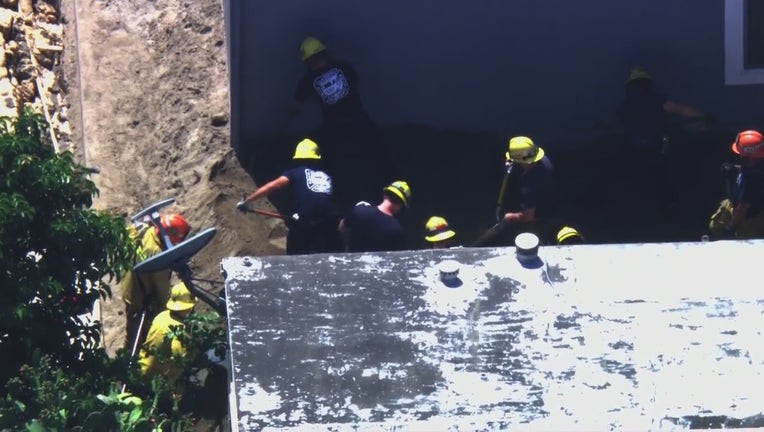 SOUTH GATE, Calif. - A worker died Wednesday after becoming trapped in a ditch at a construction site in the South Gate area, authorities said.

Firefighters were sent to the 10000 block of West Frontage Road at about 11:20 a.m., according to the Los Angeles County Fire Department.

"A severed water line filled a ditch with a worker inside," the department said in a statement on Twitter. "This is a body recovery mission."

The circumstances of the death were under investigation.