A brazen attack in broad daylight was caught on camera. A man threw a fire extinguisher at a woman's head in West LA before driving off on a scooter. Police are searching for the man.

LOS ANGELES - A woman is recovering from an apparent concussion after an unprovoked attack in West Los Angeles where a man on an electric scooter threw a fire extinguisher at her head. Police are now looking for the scooter driver.

The attack happened around 11 a.m. along Pico Boulevard Saturday. Dan Steinberg, the victim's boyfriend, says she was just out for her morning coffee when the attack happened. Steinberg said she heard the man shout something, then disappear. Minutes later the man reappeared, shortly before she felt something hit the back of her head. The victim said she even lost consciousness at one point.

In surveillance video from near the scene, the scooter driver is seen hurling something at the woman, before making a U-turn into oncoming traffic and driving away. 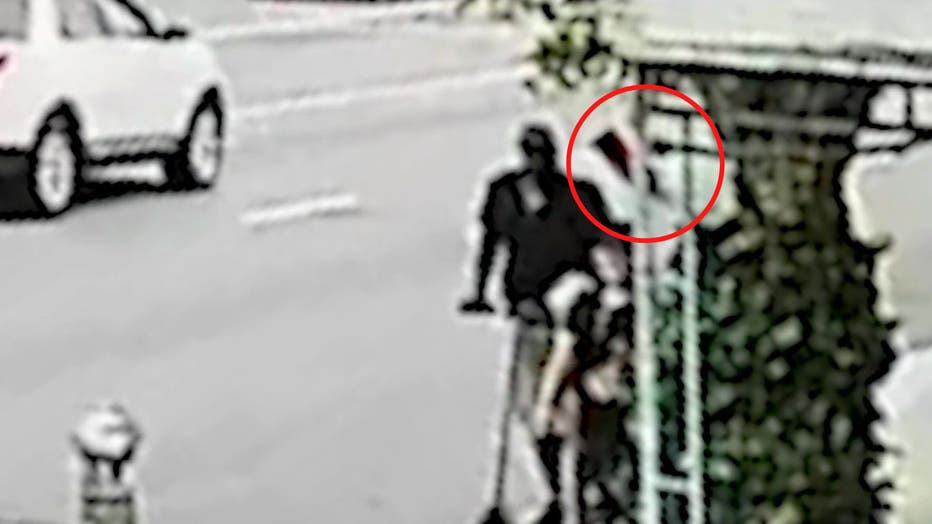 The woman was taken to the hospital, but she is expected to be okay.

Police are still investigating the attack. Anyone with information is asked to call the Los Angeles Police Department.