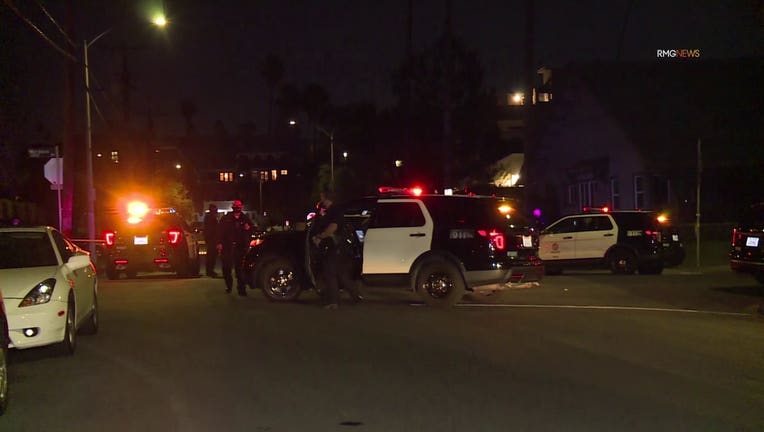 LOS ANGELES - A man is behind bars in connection to a shooting that killed a woman and injured her dog in Koreatown.

Back in January 9, the Los Angeles Police Department responded to a shooting near the intersection of Mariposa Street and Council Avenue. Upon arrival, officers found a woman and her dog suffering from gunshot wounds.

The woman, later identified as Katharine McNally, was pronounced dead at the scene. Her dog, however, survived the shooting, LAPD said.

On Wednesday, LAPD and FBI's fugitive task force arrested 28-year-old Lamont Dorsey in connection to the deadly shooting. He is facing murder charges with no bail, LAPD said.