PHOENIX - The wife of WNBA star Brittney Griner, who was arrested in Russia last month, thanked everyone for their support of the Phoenix Mercury center while she deals with apparent legal troubles.

Cherelle Griner posted a picture Sunday of her with the basketball star and wrote a message to fans awaiting more details about the WNBA player’s incident.

"Thank you to everyone who has reached out to me regarding my wife’s safe return from Russia. Your prayers and support are greatly appreciated," Cherelle Griner wrote on Instagram. "I love my wife wholeheartedly, so this message comes during one of the weakest moments of my life. I understand that many of you have grown to love BG over the years and have concerns and want details. Please honor our privacy as we continue to work on getting my wife home safely.

Griner was arrested last month at a Moscow airport after Russian authorities said a search of her luggage revealed vape cartridges.

Russian Customs Service said Saturday the cartridges were identified as containing oil derived from cannabis, which could carry a maximum penalty of 19 years in prison.

"We are aware of the situation with Brittney Griner in Russia and are in close contact with her, her legal representation in Russia, her family, her teams, and the WNBA and NBA," Griner’s agent Lindsay Kagawa Colas said Saturday. "As this is an ongoing legal matter, we are not able to comment further on the specifics of her case but can confirm that as we work to get her home, her mental and physical health remain our primary concern."

The WNBA also expressed its support for one of its top stars.

"Brittney Griner has the WNBA's full support and our main priority is her swift and safe return to the United States," the league said.

While Griner has spent her summers playing for the Mercury since she left Baylor, she’s spent her last seven winters in Russia where she earns more than $1 million per season. The figure is more than quadruple her WNBA salary.

She last played for her Russian team, UMMC Ekaterinburg, on Jan. 29 before the league took a two-week break in early February for the FIBA World Cup qualifying tournaments. 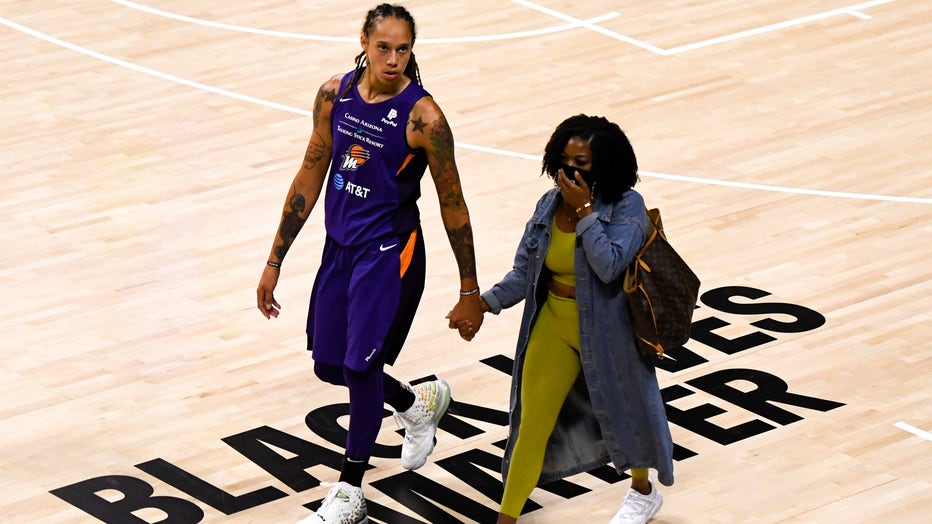