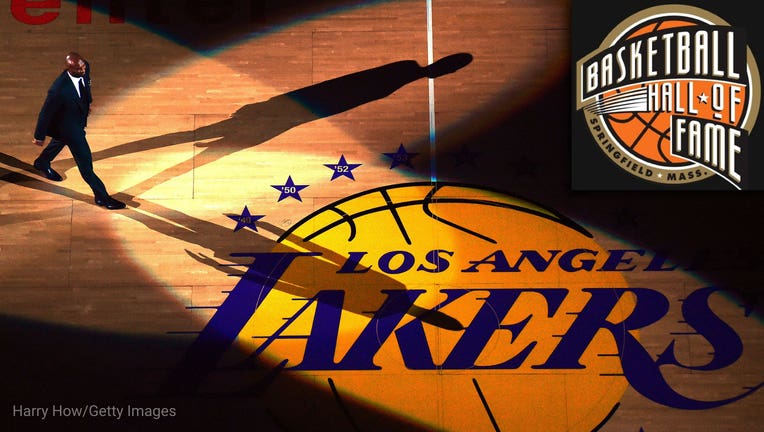 LOS ANGELES - The deadly helicopter crash in Calabasas involving Kobe Bryant, his daughter Gianna Bryant and seven others was heartbreaking news for the sports community in more ways than one.

First, the deadly crash took the lives of the nine victims way too soon, with their ages ranging from 13 -- the ages of the three girls basketball players -- to 56, the age of longtime baseball coach John Altobelli. In addition to the crash delivering trauma and an immeasurable amount of pain for the victims' grieving family members and friends, the sports world must also come to grips with the fact that Kobe Bryant -- a man who dedicated 20 years of his life with the Los Angeles Lakers before retiring in 2016 -- will not be able to receive the hall-of-fame honor in person.

While Kobe Bryant is no longer with us, the Naismith Memorial Basketball Hall of Fame plans to immortalize his legacy later in 2021. The Lakers legend was selected to the basketball hall of fame just weeks after his death but the COVID-19 pandemic postponed the ceremonies for Bryant and the rest of the 2020 class.

Here's what we know about Kobe Bryant's hall-of-fame induction:

When will the ceremonies take place?

The hall-of-fame ceremonies will take place May 13 to 15.

Where will the ceremonies take place?

The ceremonies will be held at the Mohegan Sun in Uncasville, Connecticut. Those interested in tickets can click here for more information.

Who else is being inducted into the hall of fame that weekend?

Bryant joins the following hoops legends in the 2020 hall-of-fame class:

Bryant also joins the following hall of famers who have worn a Lakers uniform at one point during their professional careers:

Bryant's posthumous hall-of-fame induction adds to the Lakers legend's long list of on-court accomplishments. Over the course of his 20-year NBA career -- all with the Lakers -- "Black Mamba" won five NBA championships, was named the NBA MVP after the 2007-2008 regular season, was named the NBA All-Defensive team 12 times and was named the league's all-star 18 times. He also helped the United States win two gold medals and the Lakers retired No. 8 and 24 in Bryant's honor.