The former Lakers star opened up about his battle with sex addiction, drug use and marriage to Khloé Kardashian in upcoming special.

LOS ANGELES - Lamar Odom is opening up about the downward spiral into drugs and sex addiction that cost him his marriage to Khloé Kardashian in the new Fox special "TMZ Presents: Lamar Odom: Sex, Drugs and Kardashians."

"Drugs, that was my girlfriend," Odom told Levin, 72, in the trailer for the special. "I had a wife… and cocaine."

"For part of our marriage, I had to tell her," the two-time NBA champion admitted. "You can't hide that."

"Behind the scenes, I put her through some s---," Odom acknowledged.

"The things that y’all think y’all know, it’s crazy. But the stories that y’all don’t know is like, really crazy."

In an exclusive clip from the special obtained by Fox News Digital, Odom recounted his near-fatal overdose at a Nevada brothel in 2015.

"Lamar's in a coma on a ventilator," TMZ executive producer Charles Latibeaudiere recalled. "He suffers 12 strokes and six heart attacks."

"All my doctors that were all around me when the incident happened were like I'm a walking miracle," Odom said.

"When I came out of it, I was never supposed to walk again or talk."

Here's what to know about Lamar Odom ahead of the special.

Odom was born in South Jamaica, Queens, New York. His father Joseph was a heroin addict and was largely absent for most of Odom's childhood. In his memoir "From Darkness to Light," Odom wrote of his father, "I didn't know it at the time but he was handing me a blueprint to follow and the things I hated him for, I would become." 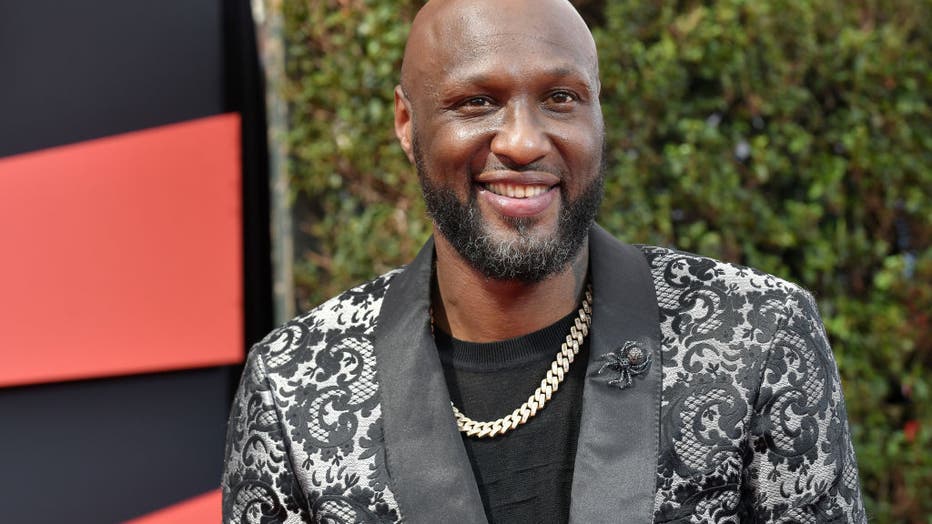 Odom lost his mother Cathy to colon cancer when he was 12 years old. The future pro athlete bounced between three different high schools during his teenage years. He committed to play basketball at the University of Nevada, Las Vegas before being ruled ineligible after it was found that he had accepted an amount of money exceeding $5,000 from one of the team's boosters.

He transferred to the University of Rhode Island for a year before entering the 1999 NBA Draft. 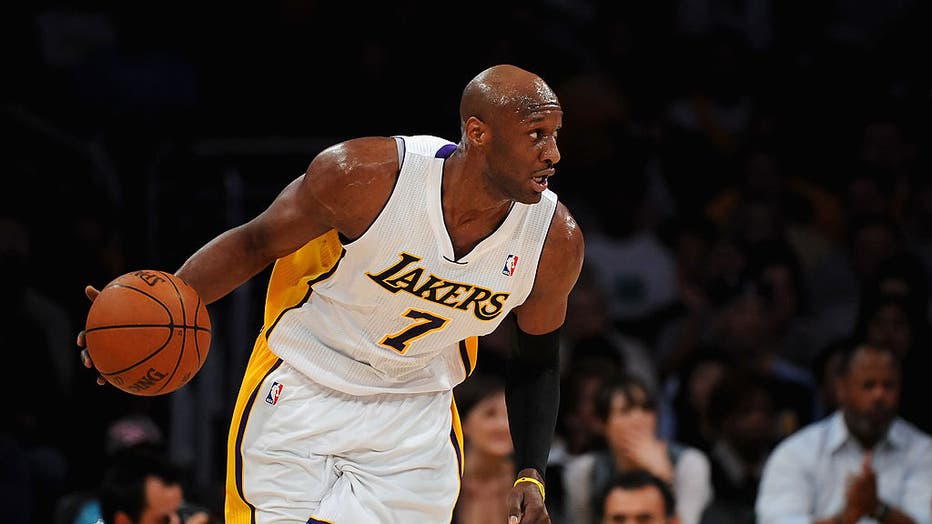 Odom played for the Los Angeles Clippers from 1999 to 2003. During his time with the team, he was suspended twice for violating the NBA's anti-drug policy. After leaving the Clippers as a restricted free agent, Odom joined the Miami Heat, where he played for a year before being traded to the Los Angeles Lakers.

It was during Odom's seven-year tenure with the Lakers that he found his biggest success on the court. Odom won the NBA championship in 2009 and 2011 and was named the 2011 NBA Sixth Man of the Year. He won a bronze medal as part of the United States men's national basketball team at the 2004 Summer Olympics and a gold medal in the 2010 FIBA Basketball World Cup.

In his memoir, Odom revealed that he wore a prosthetic penis to pass a drug test so that he could compete in the Olympics. 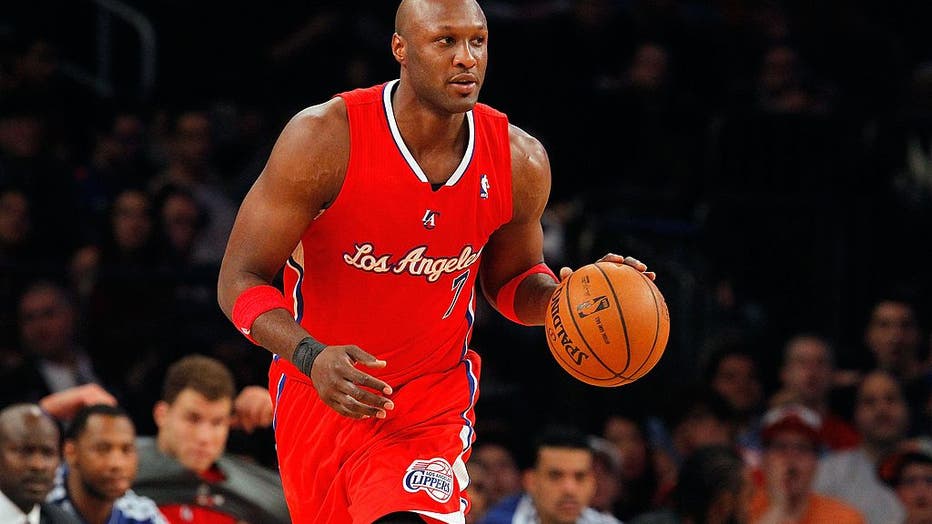 After being traded to the Dallas Mavericks in 2011, Odom's career began to decline. In 2012, he returned to the Clippers for a year before retiring from professional basketball in 2014.

Relationship with Liza Morales, children and the tragic death of his infant son Jayden

Prior to his marriage to Kardashian, Odom was in a long-term relationship with stylist Liza Morales, with whom he had daughter Destiny, 24, and sons Lamar Jr., 20, and Jayden (2005-2006).

In June 2006, Jayden tragically died from sudden infant death syndrome (SIDS) at just 6½ months old. In a 2017 interview with the New Zealand Herald, Odom recalled that he was out partying the night Jayden died.

"I got a phone call that changed my life," he told the outlet. "It was the summer of 2006. I had been out partying all night, and I hadn't gone home."

"My son Jayden was 6 months old at the time. He was at home in his crib. I should've been at home with him. But I was out, doing whatever."

Odom went on to say he still thinks of Jayden every day. He explained that his devastation over his son's death was the catalyst that plunged him into escalating cocaine abuse.

"I think everything probably picked up at that point, with the drugs.," Odom said. "Even subconsciously. You don't even know why you're doing it at that point. I think subconsciously, you make yourself an addict because of the trauma that you're going through."

Odom and Kardashian met in August 2009 at a party hosted by the basketball star's Lakers teammate Ron Artest. They tied the knot on Sept. 27, 2009, after only a month of dating, in a televised wedding that was featured on her family's E! reality series "Keeping Up With Kardashians." Odom became a household name after joining the wildly successful show following his marriage to Kardashian.

Odom and Kardashian's popularity as a couple led them to star in their own spinoff series titled "Khloé & Lamar," which ran for two seasons from 2011 to 2012.  The two also launched a unisex fragrance "Unbreakable" during the show's run.

Odom's cocaine use continued during his marriage to Kardashian. Though he attempted to hide it from the Good American founder at first, he told Us Weekly in 2017 that she caught him using drugs in 2011. 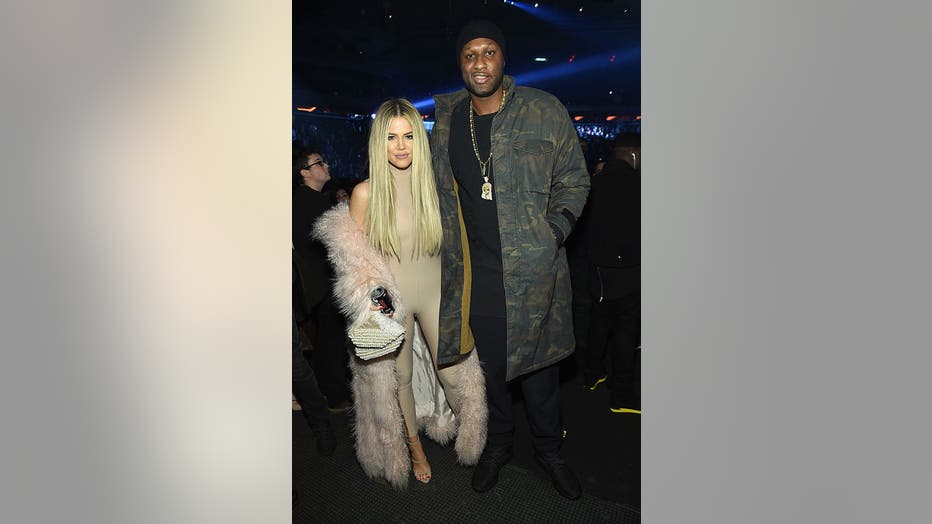 "She knew I was doing cocaine the whole time after that," he told the outlet. "It was my drug of choice."

"I’m not going to say she accepted it because that would be the wrong word," he added. "Tolerated would be a better word."

He also admitted to becoming embroiled in "multiple affairs," explaining that his reality show fame "opened this gate up with other women who probably wouldn’t have been interested in me."

"That wasn’t the stand-up thing to do," Odom admitted.

The couple's marriage continued to deteriorate and rumors of a separation began to swirl in the summer of 2013. Odom was arrested for DUI in August of that year and later struck a plea deal in which he agreed to three years of probation.

On Dec. 13, 2013, Kardashian filed for divorce after less than four years of marriage.

In October 2015, Odom almost died from a catastrophic overdose at the Love Ranch brothel in Crystal, Nevada. He was left comatose after suffering kidney failure, multiple heart attacks and 12 strokes. At the time, Kardashian and Odom's divorce wasn't yet finalized and she rushed to the hospital to be by his side.

Two weeks later, Kardashian withdrew her petition for divorce. At the time, she told People magazine that the two had not reconciled but she had decided to halt the divorce so she could make medical decisions on his behalf.

"I pulled back on the divorce because there is no rush for it," she said. "For medical decisions and a ton of other things, it's just smarter that it's put on hold. But that does not mean I'm back with Lamar. It's not even in our brains to think about us having a relationship. Only time will tell."

Odom was released from the hospital in January 2016 and Kardashian continued to aid him through his recovery. However, the "Kardashian Konfessional" author refiled for divorce in May 2016 and their divorce was finalized in 2016.

While starring on "Celebrity Big Brother" earlier this year, Odom said his failed marriage to Kardashian was the biggest mistake of his life.

"When I married Khloé, there were a lot of things I did wrong in our relationship," Lamar said during the show's Valentine's Day episode in February.

"I never intended to hurt her," he added.

The amateur boxer, who is now six years sober, said he still wants to reconcile with his ex-wife.

"It would be a blessing to just be in her presence," he said. "But she has the right to never want to see me again because of the things I put her through."

"Just saying her name brightens up my day."