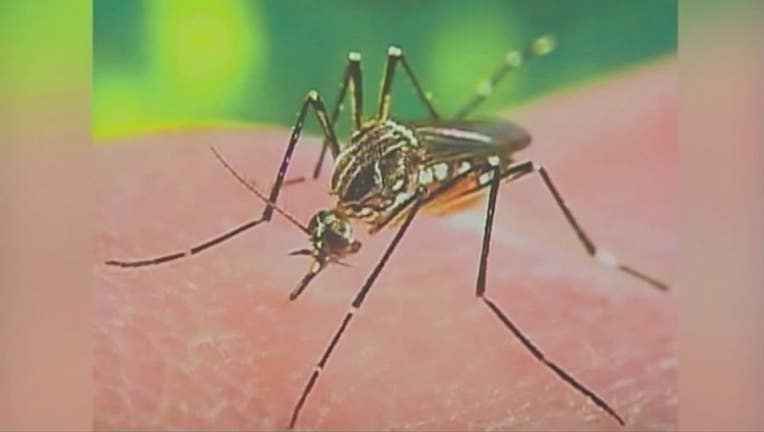 COSTA MESA, Calif. - Orange County Mosquito and Vector Control District officials have found the first sample of mosquitoes infected with West Nile Virus in Costa Mesa, prompting another warning on Wednesday to residents to help with the battle against the pests by tipping out stagnant water around their homes and using insect repellant.

The sample of mosquitoes was collected Aug. 27 from Fairview Park in Costa Mesa and the batch tested positive for the virus on Friday, said Heather Hyland of the Orange County Mosquito and Vector Control District.

Two Orange County residents, including a child, have been infected with the virus so far this season, Hyland said. The infections were in Anaheim and Huntington Beach.

According to the district, as of Tuesday, samples testing positive for West Nile Virus were found in Anaheim with 33, Buena Park with four, Cypress with five, Fullerton with 29, Garden Grove with nine, Huntington Beach with five, Irvine with one, La Habra with 11, Los Alamitos with three, Orange with one, Santa Ana with five, Seal Beach with two and Westminster with three.

The district has also found 14 dead birds in the county testing positive for the virus with four in Anaheim, two each in Cypress, Fullerton, Huntington Beach and one each in Irvine, Lake Forest, Santa Ana and Tustin.

The one in Irvine was a red-tail hawk, which is a rare breed to be infected, Hyland said.

Many residents are calling the district complaining about mosquito bites and demanding spraying in their community, but Hyland said the district is led by science and focuses on areas with high sample collections of mosquitoes with the virus.

Overuse of chemicals will lessen their effectiveness, Hyland said. Because of an influx of newer invasive species of mosquitoes, residents are experiencing more of a reaction because their immune systems are not used to them, Hyland said.

Some residents have complained of significant welts, she added.

"These new invasive species are bringing a whole new ballgame to the field," she said. "They lay different eggs and come out during the day. And more people are at home during COVID, so they're seeing this more."

The most effective way to combat them is to look for standing water around and in the home and dump it because those are breeding grounds for the pests, Hyland said.

Also, insect repellant is recommended, and if people are wary of chemicals, they can also use non-chemical treatments like oil of lemon eucalyptus, which emits an odor that repels mosquitoes, she said.

Some of the newer species can bite through tight clothes, so sprayrepellant on clothes, too, she said.