Man shot, killed by police after allegedly charging at LAPD officer with knife in Sawtelle

A man is dead after LAPD said he allegedly charged at an officer with a knife in the Sawtelle area of West LA.

LOS ANGELES - One person is dead after a shooting Thursday in the Sawtelle area of West Los Angeles.

The Los Angeles Police Department responded to a call of a man armed with a knife near the area of West Pico and Sawtelle boulevards around 5 p.m.

According to LAPD, the suspect still had the knife with him and started charging at the officers. An officer at the scene shot him, ultimately killing him.

An officer at the scene got hurt from falling during Thursday's incident. 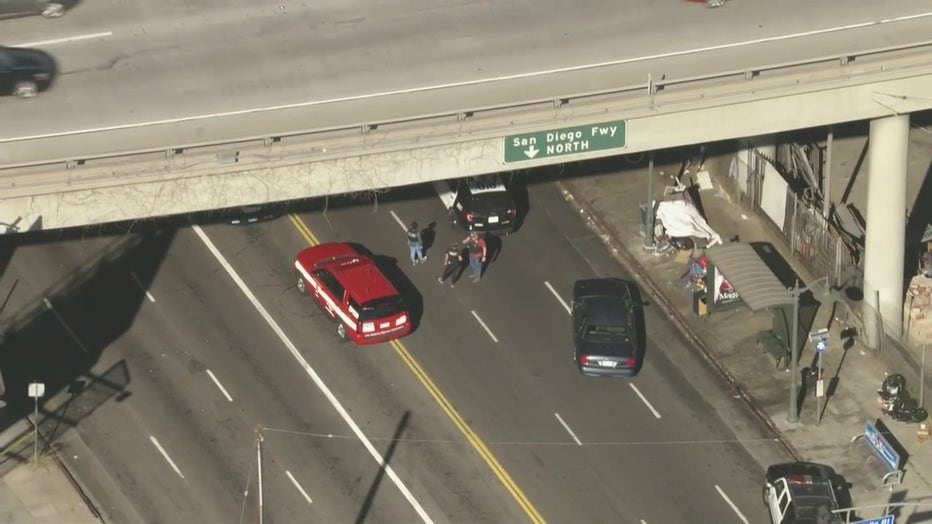 One person was shot in Sawtelle in Thursday. (FOX 11)