U.S. responds to embassy in Baghdad

The U.S. military is sending Marines and soldiers into the Iraq region after pro-militia protesters attacked portions of the U.S. Embassy compound in Baghdad. These videos show Apache helicopters and Osprey aircraft in Baghdad.

The U.S. military sent two Apache attack helicopters to fly over the American Embassy in Baghdad and several Osprey aircraft carrying Marines to reinforce embassy security on Dec. 31 after pro-militia protesters attacked portions of the compound.

"We have taken appropriate force protection actions to ensure the safety of American citizens, military personnel, and diplomats in country, and to ensure our right of self-defense," Secretary of Defense Mark Esper said in a statement. "We are sending additional forces to support our personnel at the Embassy." (Story continues below) 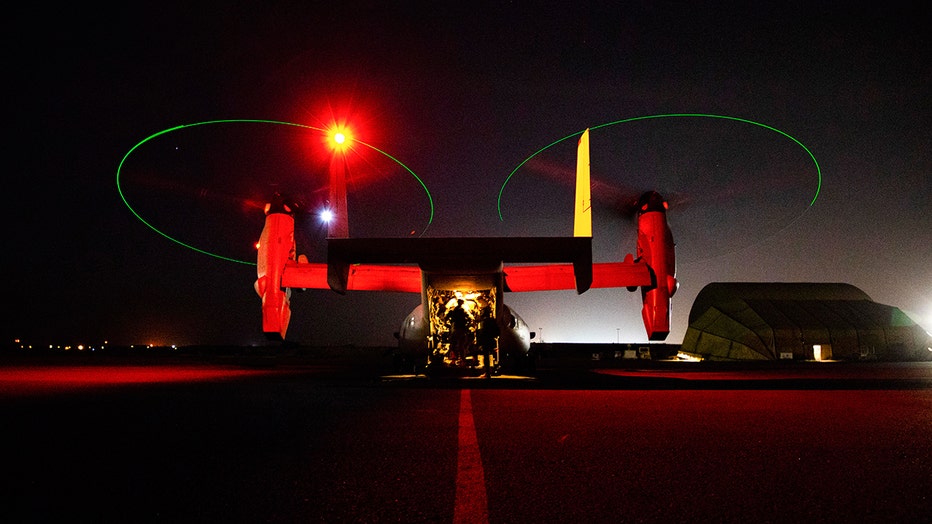 The U.S. also sent additional Marines from the Marine Air Ground Task Force to the embassy to help secure the diplomatic site. The Pentagon released night vision footage showing MV-22 Ospreys landing at the embassy compound to drop off the Marines.

"As in all countries, we rely on host nation forces to assist in the protection of our personnel in country, and we call on the Government of Iraq to fulfill its international responsibilities to do so," Esper said in the statement. "The United States continues to support the Iraqi people and a free, sovereign, and prosperous Iraq."

Esper tweeted that he authorized the deployment of an infantry battalion from the 82nd Airborne to the region in response to the developments in Iraq.

This story was produced in New York with reports from The Associated Press and Storyful.