SANTA ANA, Calif. - Police in Santa Ana are asking for the public’s help identifying a suspect wanted for vehicle theft.

Santa Ana PD says that on Nov. 9 just before 4 p.m., the suspect entered the victim’s driveway when she noticed the keys were left inside the vehicle. That’s when the suspect opened the unlocked door and drove away.

The department released the video from the scene on Nov. 24 and featured the footage as part of its #MostWantedWednesday segment.

The vehicle has since been recovered. However, the suspect remains at large. 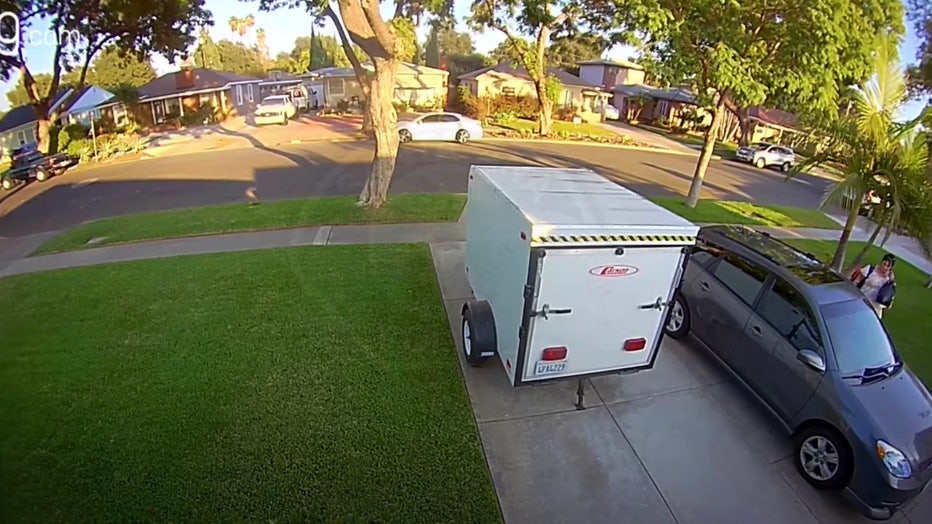 The suspect is described as 5 feet 3 inches tall, between the ages of 30 to 40, 180 pounds, with medium brown hair and tattoos on her right arm. She may possibly have a heart tattoo on the inside of her left ankle.

Anyone with information is asked to contact Detective Romero at 714-245-8529.