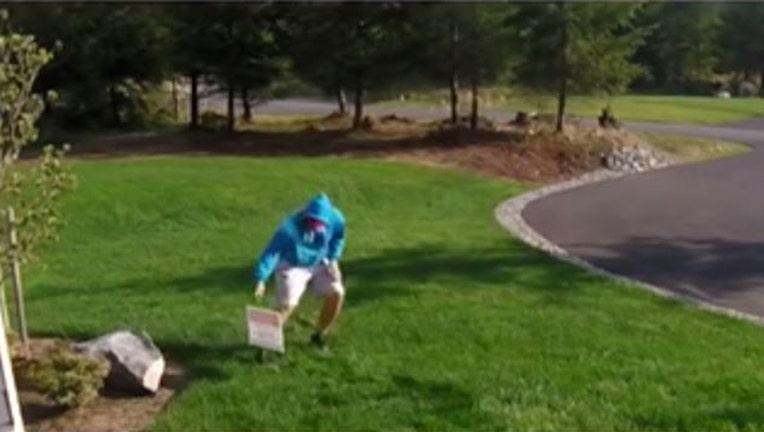 A fed-up Donald Trump supporter took matters into his own hands after his Trump signs kept being stolen or vandalized.

A home surveillance camera captured a neighborhood sign thief attempting to snatch the sign from the front lawn.

But to the thief's surprise, the homeowner had booby-trapped the sign and instead, he got an electric shock that sent him scurrying away.