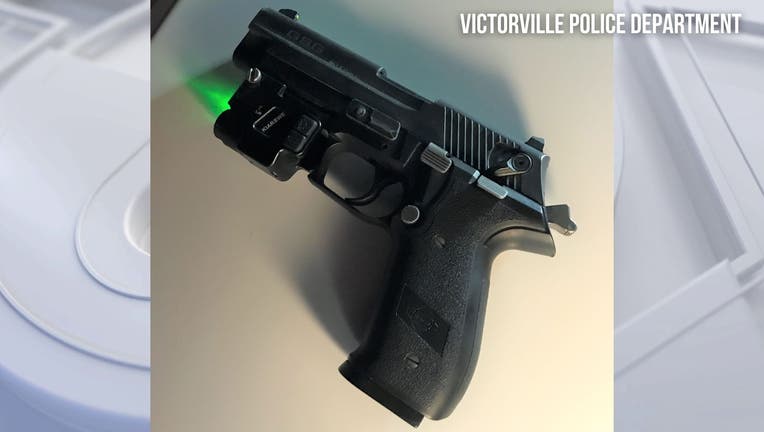 VICTORVILLE, Calif. - A house party in Victorville took a violent turn over the weekend.

The Victorville Police Department and San Bernardino County Sheriff's Department responded to a call in the 15000 block of Venice Lane a little after 11:45 p.m. Friday. Law enforcement officers were told a fight broke out outside a large house party and multiple gunshots were heard in the area.

During the investigation, authorities were able to recover two guns, one of them being a 9mm Polymer "Ghost Gun."

The three people arrested in the shooting were identified as 18-year-old Mrdyron Thomas, 18-year-old Jaiden Porter and a 17-year-old boy.

As of Monday afternoon, no injuries were reported from the shooting.