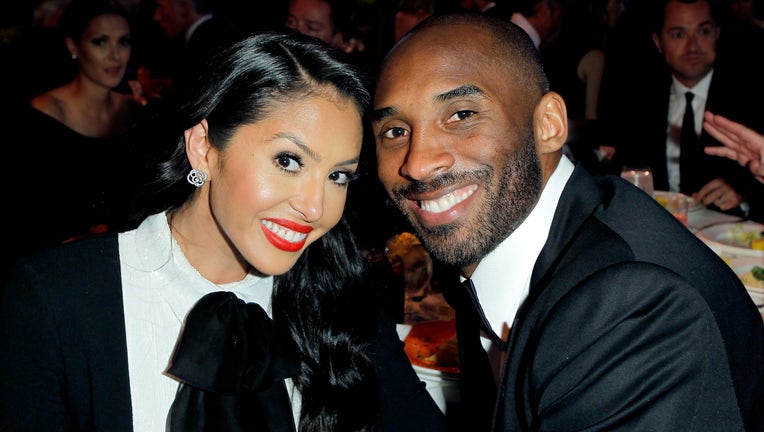 LOS ANGELES - Kobe Bryant's widow Vanessa Bryant said Saturday that the Los Angeles County Sheriff's Department wants to redact the names of deputies who allegedly took photos at the helicopter crash site that killed her husband, daughter, and seven others.

"The Sheriff’s Department wants to redact the names of the deputies that took and/or shared photos of my husband, daughter, and other victims," she wrote in an Instagram story Saturday afternoon.

Vanessa Bryant, the widow of the late NBA legend&nbsp;Kobe Bryant, is reportedly suing Los Angeles County Sheriff Alex Villanueva and his department after his deputies allegedly took personal photographs on their phones of the bodies of Kobe and Gianna Bryant at the scene of the deadly helicopter crash in Calabasas, TMZ reported Tuesday.

Her lawyers filed an amended complaint this week against four L.A. County sheriff's deputies, alleging they took photos of the helicopter crash site and the remains of Kobe Bryant and 13-year-old Gianna Bryant, the Los Angeles Times reports.

County lawyers argue that unsealing the deputies' names would make their addresses and other personal information public, potentially turning them into targets for hackers and others who wish to do them harm, according to the newspaper.

The Department of Homeland Security is encouraging police officers nationwide to increase their online security over fears that officers are being targeted with doxxing tactics, The Associated Press reported last year.

The DHS report said the agency has "medium confidence that cyber actors will possibly continue to target law enforcement officers."

Forty-three law enforcement officers were killed in the line of duty last year, and 43 more were killed the year before that.

Vanessa Bryant argued Saturday that "anyone else facing allegations would be unprotected, named and released to the public."

"Not all law enforcement is bad," she wrote. "These specific deputies need to be held accountable for their actions just like everyone else."

She originally sued the L.A. County Sheriff's Department in September, seeking damages for negligence, invasion of privacy, and intentional infliction of emotional distress.

L.A. County Sheriff Alex Villanueva said last year that he ordered eight deputies to delete graphic images they took at the scene of the crash.

"That was my No. 1 priority, was to make sure those photos no longer exist," Villanueva told NBC News in March. "We identified the deputies involved, they came to the station on their own and had admitted they had taken them and they had deleted them. And, we're content that those involved did that."

California Gov. Gavin Newsom signed a bill in September that makes it a misdemeanor for first responders to take photos of a crime scene for any reason other than an official law enforcement purpose.

A look back at Kobe Bryant’s career

On a franchise with an extensive list of great players, Kobe Bryant was arguably the greatest Los Angeles Laker of all.

Kobe Bryant, his daughter, and six others were heading to his Mamba Sports Academy in Ventura County on a cloudy January morning last year when the helicopter they were flying in crashed into a hillside in Calabasas, northwest of Los Angeles.

National Transportation Safety Board investigators said in a report earlier this month that pilot Ara Zobayan lost his bearings when flying through the clouds and thought he was ascending when he was actually banking.