SAN JAN CAPISTRANO, Calif. - A beloved church in Orange County that was forced to close its doors amid the COVID-19 pandemic was found vandalized Friday morning.

Mission San Juan Capistrano, a Spanish mission that was founded in 1776 by Spanish Catholic missionaries of the Franciscan Order, posted on Facebook saying, "We were so saddened to have to close our doors and cancel our holiday programming and this morning awoke to even more disappointing news when it was discovered someone decided to damage 244 years of history with vandalism."

The front doors of the church were tagged with white spray paint. It was unclear if additional damage was done to the 244-year-old church. 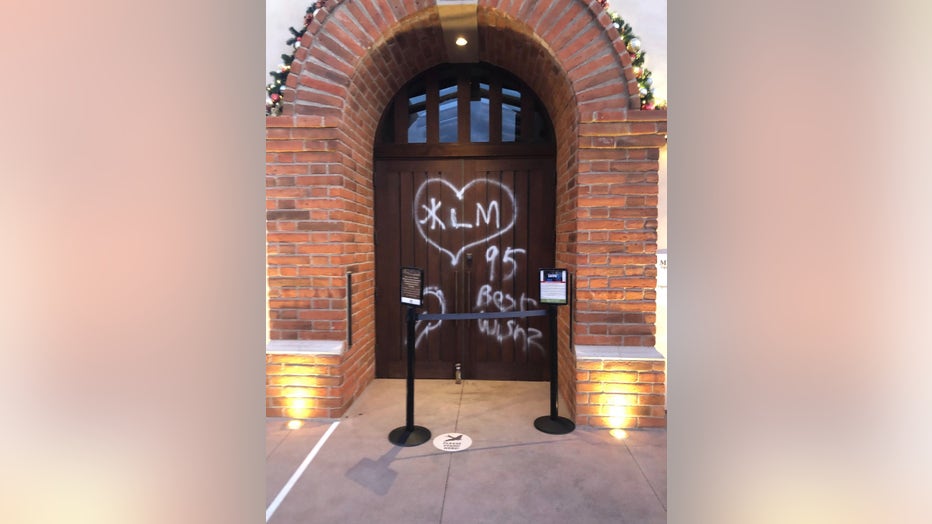 It doesn’t appear to be a hate crime, but still seeing the graffiti hurts.

"I think we all feel the work here as stewards and affront to any desecration or vandalizing of such a historic and sacred site especially during the Christmas season,” said Executive Director of Mission San Juan Capistrano Mechelle Lawrence Adams.

The Orange County Sheriff’s Department is investigating but wouldn’t comment on the case.

Meanwhile, the graffiti was all removed by mid-day.

Officials with the church sought the public's help for donations that would help fund "critical security and maintenance costs during this temporary closure so we can reopen and continue being a place of inspiration, education, preservation and celebration."

"Mission San Juan Capistrano remains committed to preserving the religious and historical significance of the site," the post continued.