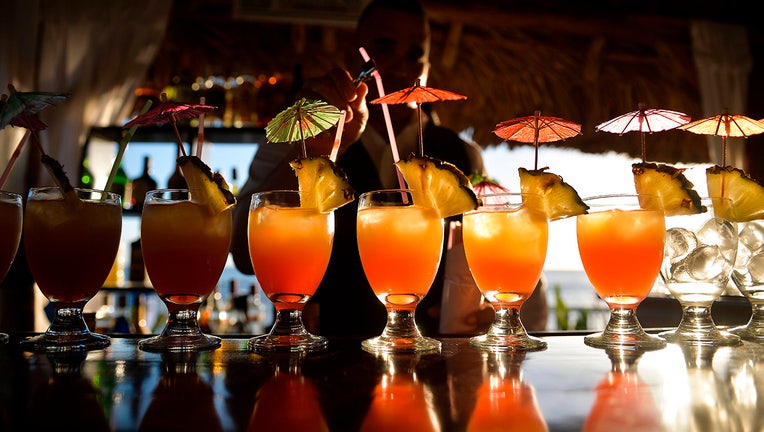 LOS ANGELES - An over-the-county herbal remedy for hangovers not only helps soothe pounding headaches but also triggers profound changes that protect the liver, according to a study by USC researchers.

The study focused on dihydromyricetin, also known as ampelopsin. When researchers at the USC School of Pharmacy sought to understand how it works, their investigation revealed a sequence of metabolic changes responsible not only for easing headaches but also benefiting the liver.

"We know DHM helps the body to metabolize alcohol faster, but how does it work? We found it activates a cascade of mechanisms that erase alcohol from the body very quickly," said Jing Liang, a research professor of clinical pharmacy and the corresponding author of the study.

The findings support the utility of DHM as a dietary supplement to offset acute alcohol-related effects as well as long-term risks, according to the researchers, whose study appeared this week in the journal Alcoholism: Clinical and Experimental Research.

In addition, the authors say the substance likely has wider applications to help people cope with binge drinking, alcoholism and liver damage.

Alcohol use disorders constitute the most common form of substance abuse. About 88,000 people die of alcohol-related deaths annually -- the third leading preventable cause of death in the United States, according to the U.S. Centers for Disease Control and Prevention.

Globally, alcohol consumption contributes to 3 million deaths each year and is responsible for 5.1% of the global burden of disease, according to the World Health Organization. There is no effective therapeutic agent for the disorder without major side effects, according to the USC researchers.

Meanwhile, excessive alcohol consumption is a significant cause of chronic liver disease, accounting for nearly half of the cirrhosis-associated deaths in the United States.

DHM is derived from fruit from the Japanese raisin tree, which is native to Japan, Korea and Southeast Asia and now commercially grown. It's been used in China for liver ailments for about 500 years, but how the substance works is unclear.

The researchers focused on the liver, Liang said, because when someone takes a drink, alcohol circulates through the bloodstream. Though the alcohol affects the brain, it is metabolized primarily by the liver, which is significantly harmed by long-term, high levels of alcohol consumption.

"It's like stepping on a tack; your brain says it hurts," said Daryl Davies, a study co author and professor of clinical pharmacy in the USC School of Pharmacy. "During a hangover, the fogginess in your brain is an acute reaction to what's going on in your body."