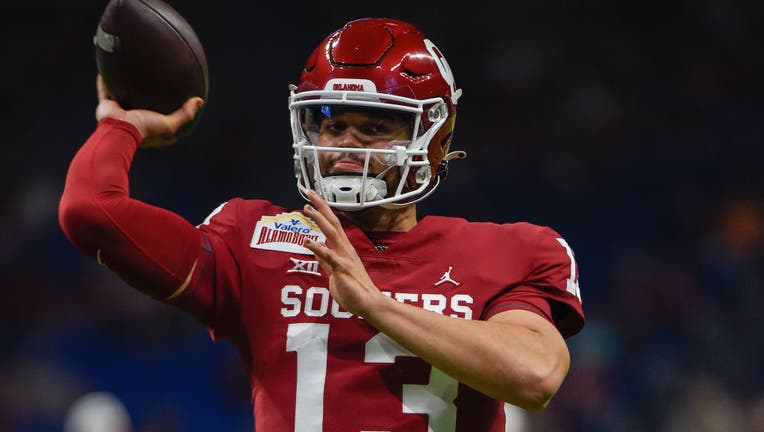 Oklahoma Sooners quarterback Caleb Williams (13) warms up before the football game between the Oregon Ducks and Oklahoma Sooners at the Alamodome on December 29, 2021 in San Antonio, TX. (Photo by Ken Murray/Icon Sportswire via Getty Images)

LOS ANGELES - Caleb Williams is transferring to the University of Southern California, following his former coach Lincoln Riley from Oklahoma to the Trojans.

Riley left Oklahoma after the regular season to take the job at USC and when Williams entered the transfer portal in January, it was widely speculated that the Trojans would be his choice.