WASHINGTON - The U.S. won't issue Iran's foreign minister a visa to travel to the United Nations later this week, contending there was not enough time to process the request.

Mohammed Javad Zarif told "CBS This Morning” on Tuesday that Secretary of State Mike Pompeo informed the U.N. secretary general, who in turn relayed to Zarif, that “they didn't have time to review my request.” 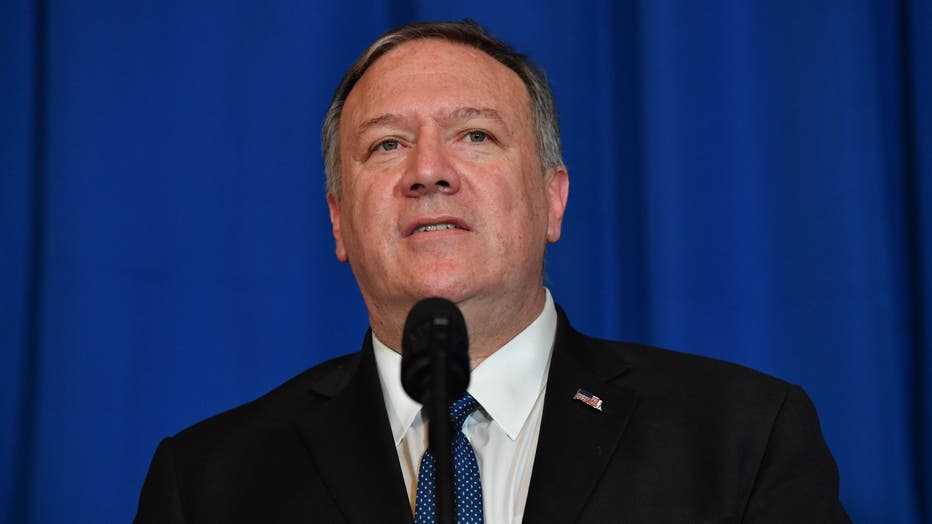 US Secretary of State Mike Pompeo speaks onstage during a briefing on the past 72 hours events in Mar a Lago, Palm Beach, Florida on December 29, 2019. - Pompeo says they came to brief POTUS on events of past 72 hours Pompeo: We will not stand for th

A U.S. official confirmed Tuesday that the application couldn't be processed in time. The official wasn't authorized to speak on the record and discussed the matter on condition of anonymity.

Zarif's trip would have been an opportunity for him to discuss the U.S. killing of a top Iranian general in Baghdad last week. That targeted killing has escalated tensions with Iran, which has vowed to retaliate.

It's not clear that Zarif's request has been formally rejected, however, which would trigger legal technicalities that could affect future visa applications. The State Department cited visa confidentiality laws that bar the release of such information with certain limited exceptions.

Pompeo plans to speak to reporters Tuesday morning. At the White House Tuesday, national security adviser Robert O'Brien told “Fox & Friends,” “I don’t think Secretary Pompeo thought that this was the right time for Mr. Zarif to come to the United States.”

“This is because they fear someone will go there and tell the truth to the American people,” Zarif said earlier Tuesday. "But they are mistaken. The world is not limited to New York. You can speak with American people from Tehran too and we will do that.”

Zarif had applied for the visa in order to speak to a U.N. Security Council session Thursday about the importance of upholding the U.N. charter.

“Whenever he comes to New York, he spreads propaganda,” O'Brien said. "I actually find it somewhat ironic that Mr. Zarif wants to take advantage of the diplomatic niceties of being able to come to New York and come to the U.N. when his revolution was born in the taking of 52 American diplomats hostage in Iran and holding them for 444 days. ...He can certainly call in to the meeting or he can participate by video teleconference and his voice will be heard if he wants to be heard.”

Under its obligations as the host country of the U.N. headquarters, the U.S. is required in most circumstances to issue visas to foreign officials for meetings at the world body. However, there are exceptions and the U.S. has severely restricted the movements of Iranian diplomats in New York in the past. It has also moved to bar non-U.N.-related travel by other foreign officials, notably the chief prosecutor of the International Criminal Court.