The U.S. economy shrank in the spring for the second consecutive quarter, meeting the criteria for a so-called technical recession, as raging inflation and higher interest rates forced consumers and businesses to pull back on spending. 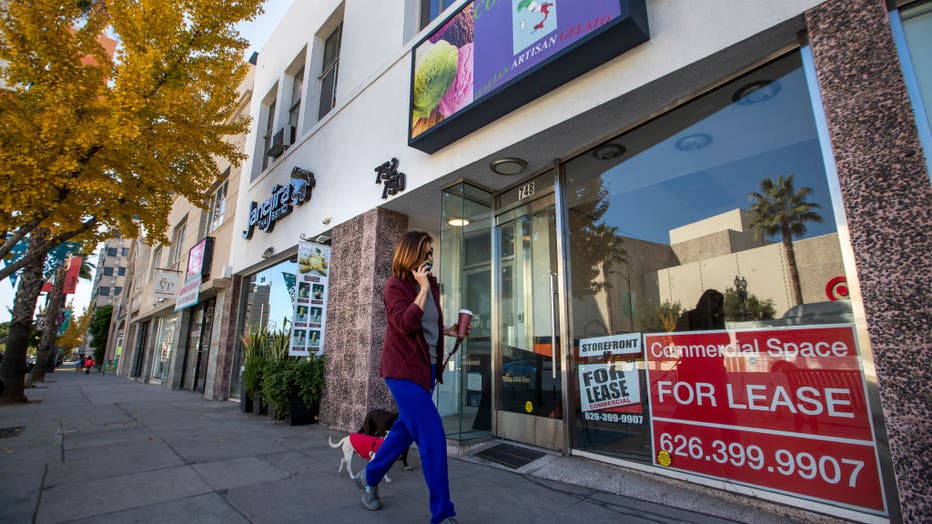 Gross domestic product, the broadest measure of goods and services produced across the economy, shrank by 0.9% on an annualized basis in the three-month period from April through June, the Commerce Department said in its first reading of the data on Thursday. Refinitiv economists expected the report to show the economy had expanded by 0.5%.

Economic output already fell over the first three months of the year, with GDP tumbling 1.6%, the worst performance since the spring of 2020, when the economy was still deep in the throes of the COVID-induced recession.

"Policymakers will no doubt be tying themselves in knots trying to explain why the U.S. economy is not in recession," said Seema Shah, chief global strategist at Principal Global Investors. "However, they make a strong point. While two consecutive quarters of negative growth is technically a recession, other timelier economic data are not consistent with recession."

Recessions are technically defined by two consecutive quarters of negative economic growth and are characterized by high unemployment, low or negative GDP growth, falling income and slowing retail sales, according to the National Bureau of Economic Research (NBER), which tracks downturns.

With back-to-back declines in growth, the economy meets the technical criteria for a recession, which requires a "significant decline in economic activity that is spread across the economy and that lasts more than a few months." Still, the NBER — the semi-official arbiter — may not confirm it immediately as it typically waits up to a year to call it.

The NBER has also stressed that it relies on more data than GDP in determining whether there is a recession, such as unemployment and consumer spending, which remained strong in the first six months of the year. It also takes into consideration the depth of any decline in economic activity.

"Thus, real GDP could decline by relatively small amounts in two consecutive quarters without warranting the determination that a peak had occurred," the nonprofit said on its website.

The committee does not meet regularly, only when members decide it is warranted.

The latest downturn stems from a number of factors, including declines in private inventories, residential and nonresidential investment, and government spending at the federal, state and local levels. Those decreases were offset by increases in net exports – the difference between what the U.S. exports and what it imports – as well as consumer spending, which accounts for two-thirds of GDP.

The report showed that consumers are spending far less than they were in the winter, with personal consumption expenditures climbing by just 1% for the period as high inflation persisted and eroded Americans' purchasing power.

The report will fuel a growing political crisis for President Biden, who has seen his approval rating collapse in conjunction with a faltering economy, and could complicate the Federal Reserve's policy trajectory as it weighs how quickly to raise interest rates in order to tame inflation without crushing economic growth.

Central bank policymakers raised the benchmark interest rate by 75 basis points in June and July for the first time since 1994. They signaled that another increase of that magnitude is possible in September, depending on forthcoming economic data.

Fed Chairman Jerome Powell told reporters that he does not believe the U.S. economy is in a recession.

"I do not think the U.S. is currently in a recession, and the reason is there are too many areas of the economy that are performing too well," Powell said. "This is a very strong labor market. … It doesn’t make sense that the economy would be in a recession with this kind of thing happening."