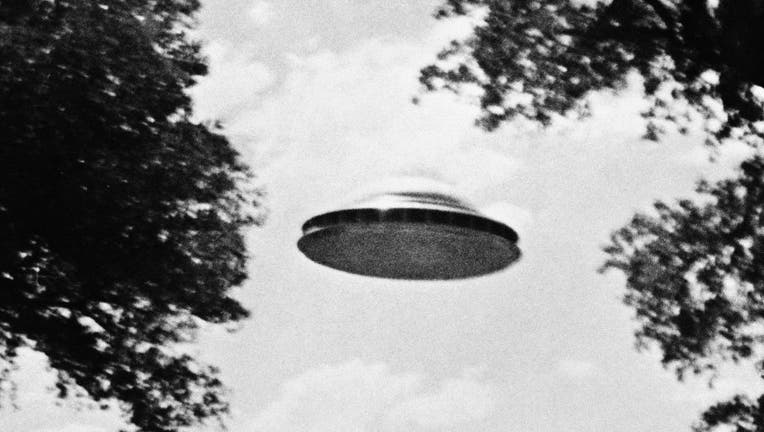 The Amalgamated Flying Saucer Club of America, which headquarters in Los Angeles, released this photo taken by a member reportedly showing a flying saucer estimated at seventy feet in diameter.

What appeared to resemble an unidentified flying object floating along a highway in Dade County, Florida had some doing a double-take.

"Not the typical vehicle you see on the highway," the media company Only in Dade captioned a video on its Instagram account that garnered more than 1,000 views, crediting the user @oscar_j_perez.

The video appears to be shot by a driver who pulls up alongside the spaceship, though it’s unclear who is driving the flying saucer-shaped vehicle.

TRENDING: Florida woman who saw 'baby dinosaur' running through yard says this is what it was

Users were quick to gawk at the unusual sighting on social media, with some skeptics saying it must be photoshopped.

"It was on the Florida Turnpike and no it wasn’t photoshopped," Only in Dade told FOX News in an email on Tuesday.

Others had more technical questions.

Another user quipped, "They on their way to Space Miami," referring to the Downtown Miami nightclub.

And some associated the vehicle with SpaceX founder Elon Musk, questioning if he was behind the wheel.