A UCLA doctor who was born and raised in Glendale recently returned from Armenia. FOX 11's Araksya Karapetyan shares his story.

LOS ANGELES - A UCLA doctor who was born and raised in Glendale recently returned from Armenia. He collected over $100,000 in medical supplies and took medical equipment with him to help care for the wounded and the thousands who have been displaced.

Even though he is back, he is still giving back.

For Dr. Haig Aintablian, converting a cargo van into a camper was a labor of love. He built it by hand, worked on it each day for an hour after his shifts at the hospital. Dr. Aintablian is a senior resident in emergency medicine at UCLA. He loves camping and was looking forward to all the upcoming adventures that awaited him in the future, but ever since his recent return from Armenia, he decided to sell it and use that money to help his people.

In fact, he just sold his old-school Mercedes.

Even though Dr. Aintablian was born and raised in Glendale, he says he has always felt a strong connection to his roots. So when his homeland was attacked, he felt a sense of duty to act.

• Children of Armenia Fund continues to invest in nation's future

"Once you set your mind to do something and you have that fire in you, you just do it. There was a fire that was lit in my soul as soon as I found out this war was happening and when I heard they needed physicians it was instantaneous. I need to do this," said Dr.  Aintablian.

Dr.  Aintablian collected $100,000 in medical supplies to take with him. In addition to that, he took four ultrasound machines that he bought on his own, with $7,000 he raised.

"I was blessed to be able to bring ultrasound machines out to Armenia and distribute them to different hospitals and also teach the residents here what I have learned at UCLA... some of the cutting edge techniques, some of the procedures that we need ultrasound for," he said.

Dr. Aintablian spent 12 days in Armenia, an experience he describes as "an emotional roller coaster." For many of these wounded young soldiers, life will never be the same again, as a result of the white phosphorus and cluster bomb injuries they have sustained. 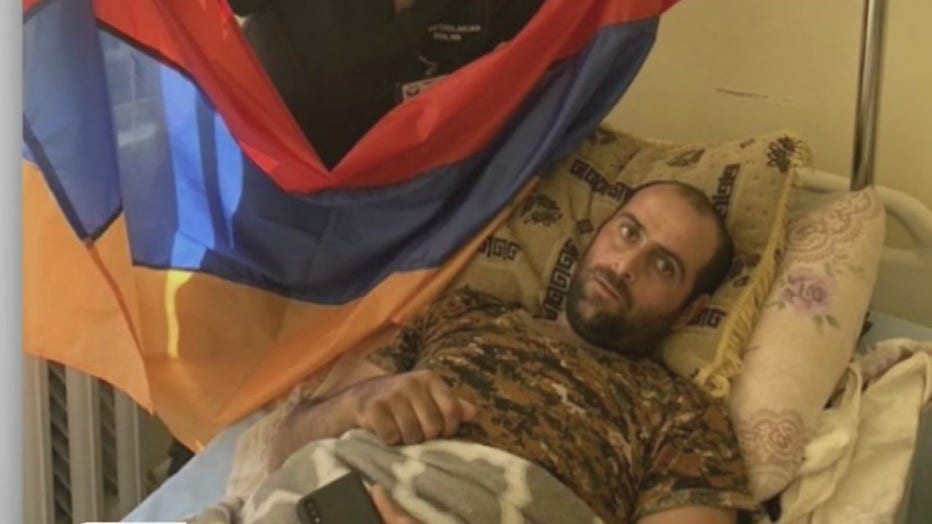 "They had permanent disabilities, they lost eyes, they lost limbs, their faces were unrecognizable at some points, some of these scars you will never recover from. You saw people with multiple holes in their abdominal and chest, they require colostomy bags, they won't go to the bathroom anymore, they will go to the bathroom in a bag," he recalled.

While in Armenia, he also worked with some of the NGOs, helped establish a free clinic for the displaced families from Artsakh and worked with the elderly.

The battle may be over, but in regards to medicine, this is just the beginning.