U.S. Border Patrol agents said they saw a small child being dropped off near the end of the Southern California border wall around 10:45 a.m. on Monday. The girl then walked north from the boundary line and into the United States, where agents stepped in and removed her from the dangerous area. 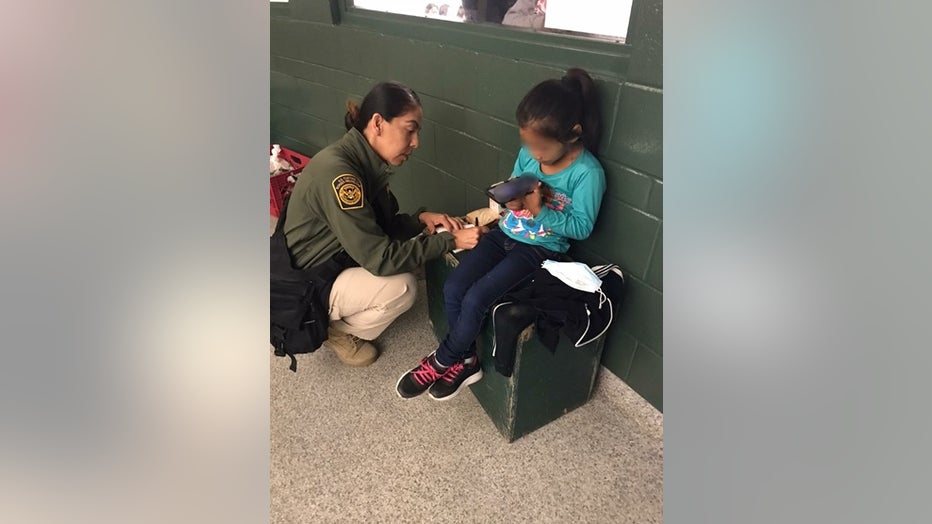 During questioning, it was determined the young girl was a Guatemalan citizen.

The encounter occurred on the same day Vice President Kamala Harris told Guatemalan migrants considering making the trek to the U.S. not to come after meeting with Guatemalan President Alejandro Giammattei.

RELATED: Kamala Harris to Guatemalan migrants weighing trek to US: 'Do not come'

She was then taken to a Border Patrol station for processing where medical staff determined the 5-year-old was in good health.

The young girl also told officials that her parents were in the U.S., but that she did not have any contact information for them, adding that her 7-year-old cousin was in Mexico with an unknown male.

"Sadly, this is the latest example of how the most vulnerable populations are being exploited for financial gain," said Chief Patrol Agent Aaron Heitke. "Thankfully our agents encountered this child before any harm could befall her."

The Mexico and Guatemalan consulates, as well as Health and Human Services, were notified.