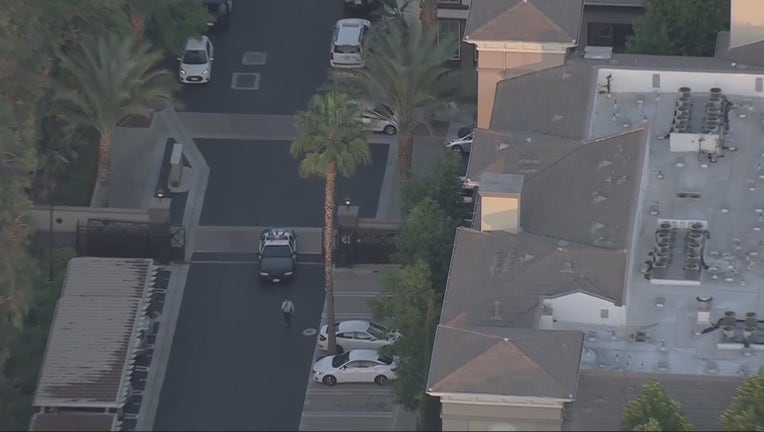 LOS ANGELES - A man shot and killed a woman before turning the gun on himself Thursday in an upscale apartment complex in Woodland Hills.

Los Angeles Police Department officers responded at about 5:30 p.m. to the complex in the 6300 block of De Soto Avenue, near Victory Boulevard and Pierce College, after receiving a call from the woman who said the man was brandishing a gun and firing at her, said Officer Tony Im.

Officers found the man and the woman suffering from gunshot wounds when they arrived, and both were pronounced dead at the scene by paramedics.

Their names were not immediately released.

Investigators determined the man shot and killed the woman before killing himself with the same firearm, Im said.

A possible motive for the shooting was not immediately known.