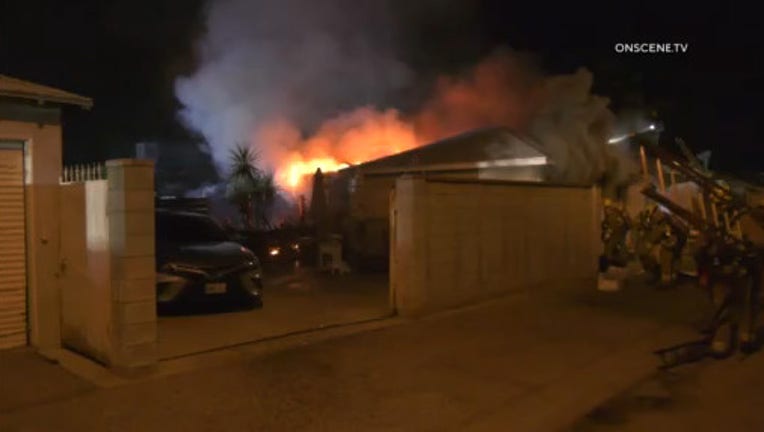 PACOIMA, Calif. - A 20-year-old man and 4-month-old girl were taken to a hospital Saturday morning after a fire damaged their home in Pacoima.

Firefighters were called to the 12700 block of Wingo Street, between San Fernando Road and the Golden State (5) Freeway, about 5 a.m. and discovered heavy fire on the porch and in the garage of the single story home, according to Margaret Stewart of the Los Angeles Fire Department.

The man suffered minor burns, the child showed no signs of medical distress, but was taken to the hospital as a precaution, Stewart said.

No other injuries were reported. A total of 42 firefighters extinguished the fire and knock down was declared at 5:21 a.m.

Per LAFD protocol, arson investigators were called to the scene.