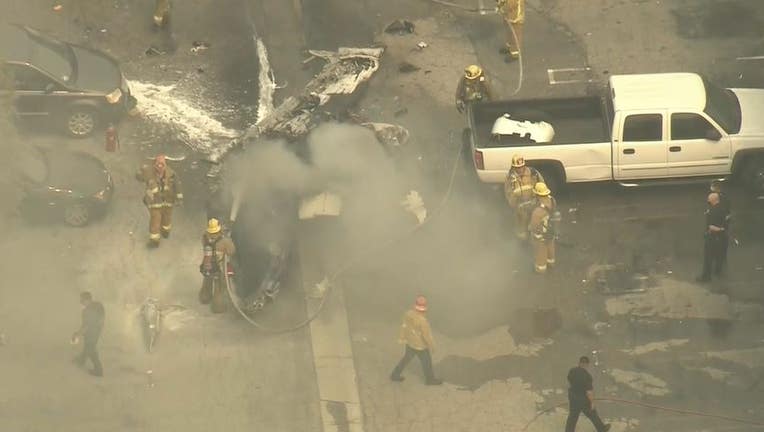 The single-engine plane crashed around 3 p.m. at a parking lot located near Hayvenhurst Ave. and Hart St., just west of the airport.

Nicholas Prange with the Los Angeles Fire Department says two victims were found dead at the scene. Their identities have not yet been released.

Preliminary information indicates the plane crashed just after taking off from Van Nuys Airport and was heading for Santa Ynez Airport in Santa Barbara County, according to the Federal Aviation Administration's Ian Gregor.

Firefighters were quickly able to extinguish the flames. Witnesses described it as a horrific scene they’ll never forget.

Fire officials say there appears to be no damage to the surrounding structure but three vehicles suffered minor damages.

Traffic is being diverted from Hayvenhurst Ave. between Sherman Way and Hart St. Airport officials say air traffic at Van Nuys Airport is not currently affected.