The judge who authorized the FBI search of former President Donald Trump's Mar-a-Lago home has ruled that the search warrant affidavit that was filed in the case should be released, but with redactions. Court filings show the judge found the government did show compelling reasons to seal portions of the affidavit and ordered the DOJ to release a public docket version of the affidavit containing the redactions by 12pm ET on Friday.

Former President Donald Trump’s social media outfit, Truth Social, is locked in a bitter battle with one of its vendors claiming that the platform is stiffing the company out of more than $1 million in contractually obligated payments, FOX Business has learned.

If the allegations are true, they would suggest that Truth Social’s finances are in significant disarray, people with direct knowledge of the matter say. Internet infrastructure company RightForge is said to be among Truth Social’s largest vendors and creditors, these people say.

In October, RightForge announced it entered into an agreement to host Truth Social, which Trump helped create after he was banned by Twitter following the Jan. 6 riots. RightForge now contends that Truth Social has reneged on its contractually obligated monthly payments for setting up the platform’s web-servicing infrastructure, according to three people with direct knowledge of the matter.

RightForge CEO Martin Avila declined to comment "on any private matters," but wouldn’t deny the disagreement between the two entities. He added in a statement: "Our founding vision is to make a second internet to support American ideas online. RightForge believes in the mission of President Trump’s free speech platform and wish to continue supporting the president in his media endeavors." 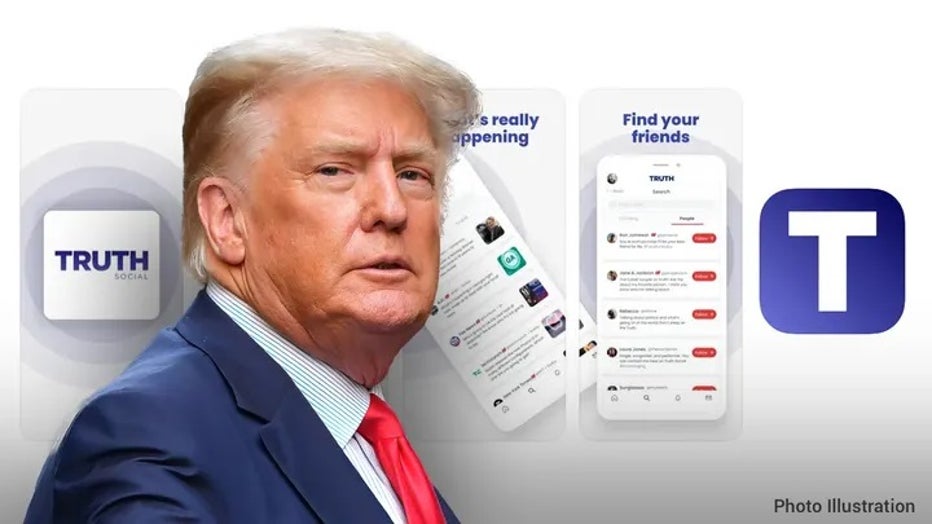 Since its launch in February, Truth Social has been the main conduit for the former president to make public announcements and attack critics. While its reach pales in comparison to Twitter’s estimated 200-million-plus active daily users, interest in the platform has peaked recently in the aftermath of the FBI raid on Trump’s Mar-a-Lago residence.

Truth Social is part of Trump Media and Technology Group, a holding company for the platform that, according to regulatory filings, has broader plans to expand into streaming and other services to promote Trump’s political brand. Trump is said to hold a controlling interest in Truth Social, though his monetary investment in it is said to be negligible to nonexistent, and he is not in control of its day-to-day operations.

In January, former Republican California Rep. Devin Nunes was named the CEO of Trump Media with Trump described in regulatory filings as its chair. Nunes didn’t return an email for comment.

But Truth Social’s launch has been anything but smooth. Its early rollout was plagued with technological glitches. More recently, its planned merger with Digital World Acquisition Corp., a special purpose acquisition company, or SPAC, has been put off indefinitely amid various probes into its business dealings, including a Justice Department grand jury probe and an investigation by the Securities and Exchange Commission.

Digital World and Trump Media have said they are cooperating with the probes even if they appear to be a significant stumbling block in completing the merger. In a recent regulatory filing, Digital World said it is seeking shareholder approval to delay the Sept. 8 deadline for combining the companies until next year as the investigations swirl.

In the same filing, Digital World said: "If President Trump becomes less popular or there are further controversies that damage his credibility or the desire of people to use a platform associated with him, and from which he will derive financial benefit, [Trump Media’s] results of operations, as well as the outcome of the proposed Business combination, could be adversely affected."

A representative for Digital World didn’t return an email and telephone call for comment. Shares of Digital World have declined more than 42% since the beginning of the year.

Trump himself faces mounting legal woes including a Justice Department probe over his role in the Jan. 6 Capitol riot; a New York state civil probe into the finances of the Trump Organization, his real estate and branding business; and most recently, a DOJ probe into whether he mishandled classified documents at his Mar-a-Lago estate that led to the recent FBI raid.

Trump says the investigations are politically motivated as he prepares for a possible White House bid in 2024. While traffic to Truth Social has been spiking amid the controversies, it’s unclear if any of this is helping its bottom line.

In a May regulatory filing, Digital World stated: "There is no operating history upon which to base any assumption as to the likelihood that [Trump Media] will prove successful and [Trump Media] may never generate any operating revenues or ever achieve profitable operations. If TMTG is unsuccessful in addressing these risks, its business will most likely fail."

People at RightForge believe that their business contretemps with Truth Social are rooted in the platform’s business problems, the three people tell FOX Business. RightForge bills itself as an internet company that caters to conservatives, an alternative to the progressive elite that dominates Silicon Valley.

In an interview with Axios in October 2021 announcing his partnership with Truth Social, Avila said: "If you believe that the president should be de-platformed, we believe that you're not really interested in living in a free country. And that's really what we're all about is making sure that America stays true to its core ideas, and that the marketplace of ideas stays open."

He added that RightForge was working toward creating an infrastructure so that Truth Social could compete with Twitter and have more than 75 million users. "We’re laying the groundwork for that," Avila told the publication. "That’s why there will be servers everywhere."

It’s unclear if Trump Social is having issues with other vendors over payment for services, these people add. One person with knowledge of the matter said Trump Social informed RightForge that it stopped making the payments over "breach of contract." FOX Business couldn’t determine the alleged breach.