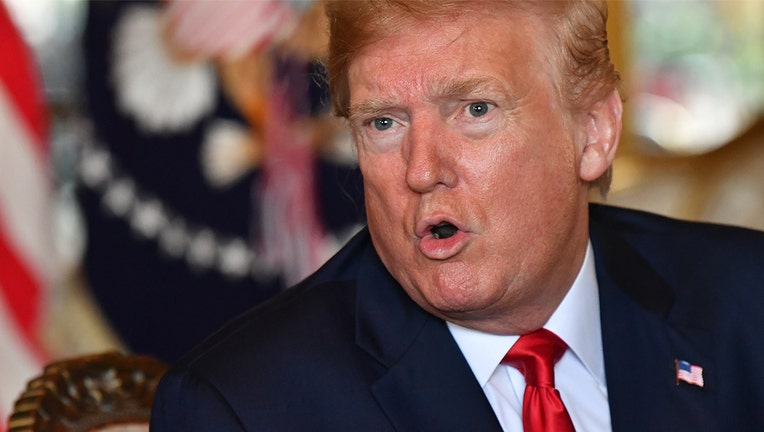 U.S. President Donald Trump answers questions from reporters after making a video call to the troops stationed worldwide at the Mar-a-Lago estate in Palm Beach Florida, on Dec. 24, 2019. (Photo by NICHOLAS KAMM/AFP via Getty Images)

WASHINGTON, D.C. - President Donald Trump insisted Sunday that Iranian cultural sites were fair game for the U.S. military, dismissing concerns within his own administration that doing so would constitute a war crime under international law.

He also warned Iraq that the U.S. would levy punishing sanctions if it expelled American troops in retaliation for a U.S. strike in Baghdad that killed a top Iranian official.Trump's comments came amid escalating tensions in the Middle East following last week's strike on Gen. Qassem Soleimani, the head of Iran's elite Quds force.

Iran has vowed to retaliate and Iraq's parliament responded by voting Sunday to oust U.S. troops based in the country.Trump first raised the prospect of targeting Iranian cultural sites Saturday in a tweet.

Speaking with reporters Sunday as he returned to Washington from his holiday stay in Florida, he doubled down, despite international prohibitions.

The targeted killing of Soleimani sparked outrage in the Middle East, including in Iraq, where more than 5,000 troops are still on the ground 17 years after the U.S. invasion. Iraq's parliament voted Sunday in favor of a nonbinding resolution calling for the expulsion of the American forces.