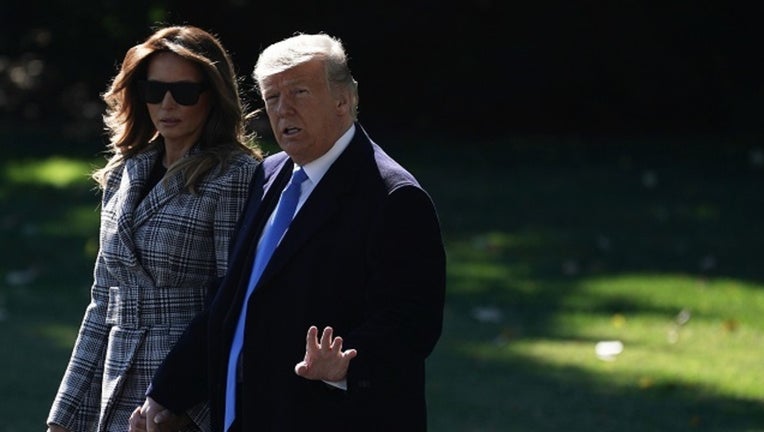 Trump made the comparison Friday as he defended his decision to change the iconic Air Force One paint job devised under the former first lady's watch in the 1960s on the next version of the presidential aircraft due to enter service in 2024.

Trump tells "Fox & Friends," "You know the baby blue doesn't fit with us," noting he plans to replace it with a darker navy and the gold stripe along the aircraft with one in red. He says: "That was Jackie O and that's good, but we have our own Jackie O today, it's called Melania."