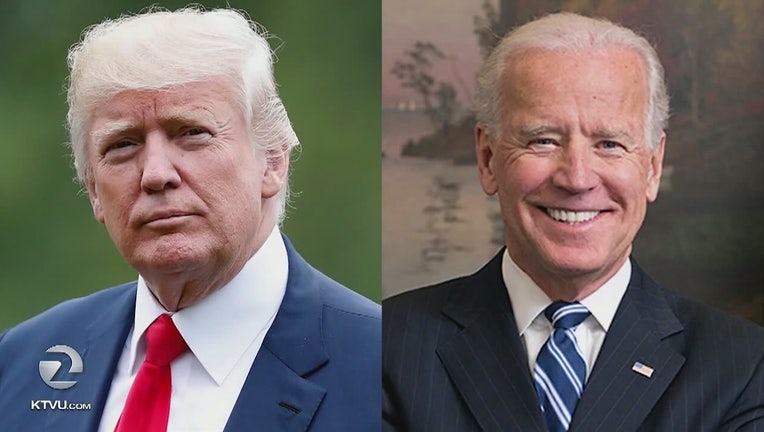 WASHINGTON (AP) -- When President Donald Trump's internal polling suggested he was trailing Democrats in crucial states earlier this year, it did what any campaign would do: tried to bury the bad numbers.

When the findings leaked to the media anyway, an infuriated Trump and his aides first disputed the poll's existence, then tried to dismiss its importance before finally firing some of the pollsters.

The deception and muddled messaging are part reflexive: Trump and his team have made a habit of discounting embarrassing news as "fake." But the internal drama on the brink of Trump's formal reelection launch could also signal trouble ahead if staffers are skittish about being candid with a boss who has made "winning" a central part of his brand.

"All news about the president's polling is completely false," campaign manager Brad Parscale said in a statement. "The president's new polling is extraordinary and his numbers have never been better."

The episode was also a sobering reminder that for all the Trump campaign's efforts to professionalize its operation, much hasn't changed. Despite its new fundraising prowess and growing staff working from a gleaming tower overlooking the Potomac River, the reelection campaign is likely to feature the same leaks, backbiting and high turnover as Trump's ramshackle 2016 effort and early White House tenure.

Indeed, the decision to oust Brett Loyd, the pollster now running White House counselor Kellyanne Conway's former polling firm, was seen by some as less about stamping leaks than a slap at Conway, whose close relationship with the president has inspired lingering jealousy.

Also getting the boot were pollsters Adam Geller and Michael Baselice, according to a person familiar with the decision who spoke on condition of anonymity to discuss internal campaign matters. Pollsters Tony Fabrizio and John McLaughlin will remain with the campaign.

It remains unclear whether the president was briefed on any aspect of the poll before it became public, but two people familiar with the situation said he had not signed off on it beforehand and learned about its findings and price tag from the media.

Being the bearer of bad news is never a favored position in Trump World. And some Trump aides and allies have privately expressed frustration that demoralizing news was not being widely shared internally or with the candidate, believing that it was depriving the president, who is his own chief strategist, of crucial information needed to make important strategic decisions.

Trump demands loyalty from his staffers and grows especially angry when he learns information -- especially negative news-- from the media.

The campaign's response to the polling flap was scattershot. Officials first denied the existence of the poll. Then ABC News reported on the numbers, which showed Trump losing to Democratic front-runner Joe Biden in several key battleground states, including Pennsylvania, Wisconsin and Florida.

In response to the story, Parscale admitted the numbers were accurate but tried to discount them, insisting they were outdated and flawed because they came before the release of the summary of special counsel Robert Mueller's report and before Democrats made their cases.

He pointed to a new, private survey he said showed "huge swings in the president's favor across the 17 states we have polled, based on the policies now espoused by the Democrats." The campaign has not released those results.

"Those polls don't exist," he said in an interview with ABC News that aired Sunday night, insisting he'd spoken to another pollster who had concluded he was "winning everywhere."

Monday night, Trump tweeted, "Our polls show us leading in all 17 Swing States."

Campaign spokeswoman Kayleigh McEnany, in an appearance Monday on "Fox and Friends," dismissed the poll reports as "more fake news" even as she confirmed their veracity.

"Yes, those numbers were accurate, but they were from three months ago, they were pre-Mueller report, they were the worst-case scenario and the most unfavorable turnout model," she said.

It's not surprising that Trump would be skeptical of polls -- they favored his Democratic rival, Hillary Clinton, in 2016. Throughout that race, Trump recounted his standing in the polls at nearly every rally. Polls that showed him up he deemed accurate; those that showed him down were panned as fake.

"Why would he take their feedback this time?" he asked.

But ignoring polls is a waste of a campaign's money and could put it at a big disadvantage. Internal polls offer campaigns real-time feedback, allowing them to make changes, assess shortcomings and spend money wisely.

Trump's refusal to believe negative polls was on display ahead of November's midterm elections.

All through 2018, Trump dismissed reports the GOP would lose control of the House, insisting the polls were wrong, claiming they were designed to depress Republican turnout and predicting Republicans would surprise once again.

"Only Fake Polls show us behind the Motley Crew," Trump tweeted Monday. "We are looking really good, but it is far too early to be focused on that. Much work to do! MAKE AMERICA GREAT AGAIN!"