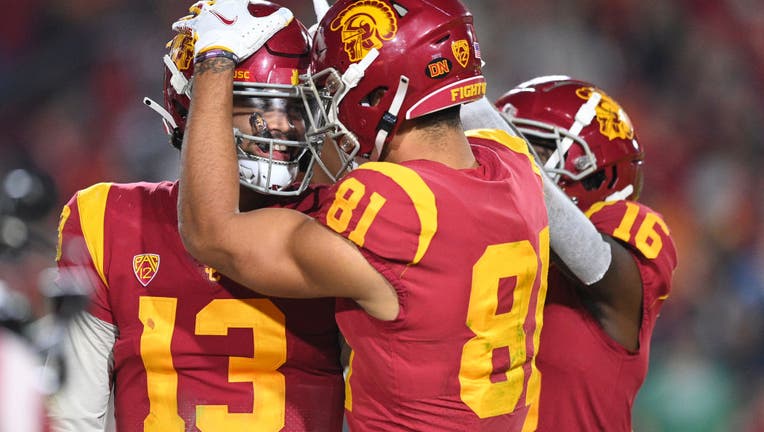 USC Trojans quarterback Caleb Williams (13) celebrates with wide receivers Kyle Ford (81) and Tahj Washington (16) after a touchdown during a game between the Notre Dame Fighting Irish and the USC Trojans on Nov. 26, 2022. (Photo by Brian Rothmuller/

Ohio State was No. 5 Tuesday night in the second-to-last College Football Playoff rankings, positioned to possibly take advantage if one of the top four slips up on championship weekend.

The Buckeyes (11-1) dropped three spots after losing 45-23 to the rival Wolverines on Saturday at home.

Alabama (10-2) moved up a spot to No. 6 and was followed by Southeastern Conference rival Tennessee, which beat the Crimson Tide in October.

All play in their conference championships game this weekend. The undefeated teams might not need to win this weekend to lock up a spot.

Georgia plays LSU (9-3) in the SEC title game. Michigan plays Purdue (8-4) for the Big Ten championship. TCU faces Kansas State, which is 10th in the latest rankings and has already lost to the surprising Horned Frogs.

USC and Heisman Trophy frontrunner Caleb Williams face Utah, No. 11 in the rankings, on Friday night in Las Vegas for the Pac-12 championship.

If the Trojans slip up, that could give Ohio State a second chance. 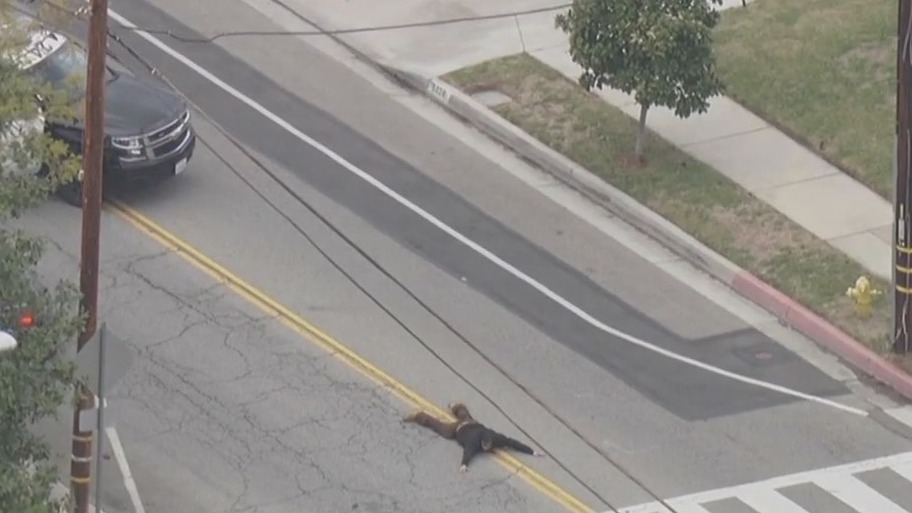 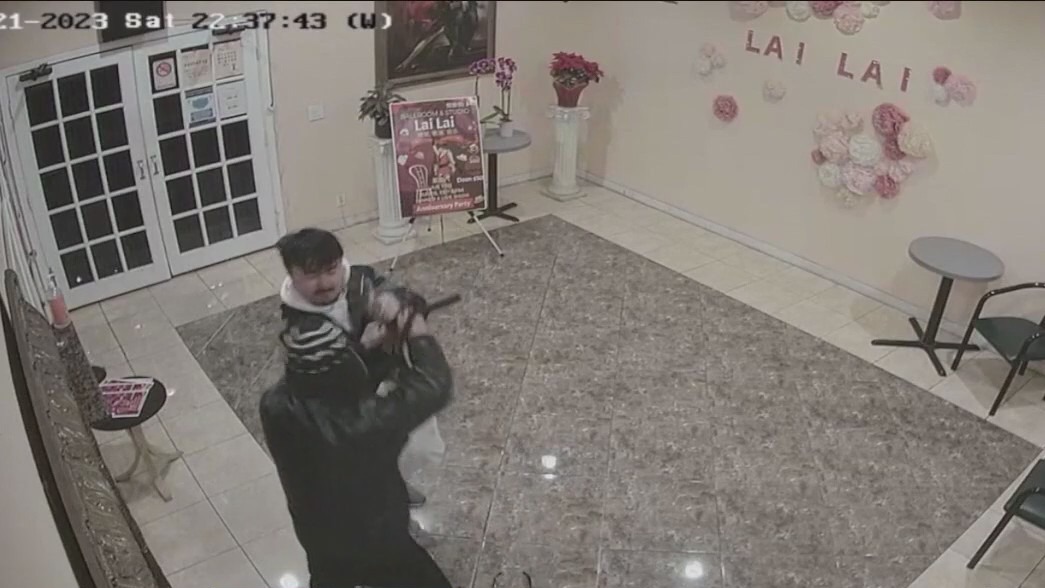