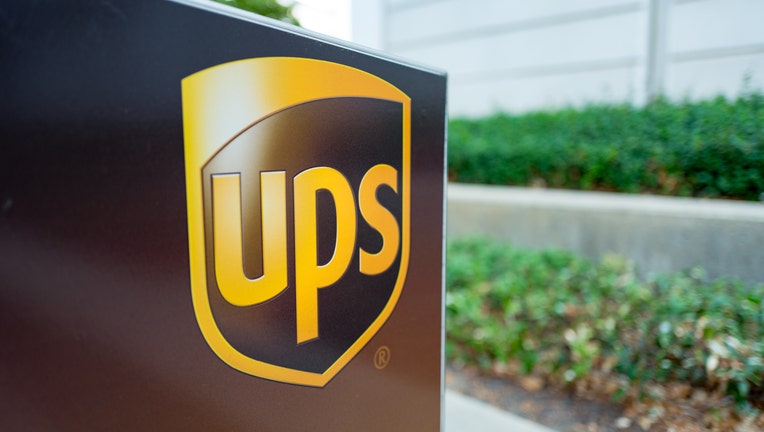 Close-up of the logo for United Parcel Service (UPS) on a package drop box in an office park in Concord, California, September 8, 2017. (Photo via Smith Collection/Gado/Getty Images).

LOS ANGELES - A judge ruled that a former United Parcel Service employee who alleges that as a white worker he was wrongfully fired in 2017 and made a "sacrificial victim" of the firm's desire to appease a Latino employee can take his lawsuit to trial.

Los Angeles Superior Court Judge Yolanda Orozco denied a motion by UPS attorneys to dismiss Mason McConn's case, which was filed in August 2018 and is now set for trial Feb. 24.

Along with unspecified damages, McConn is seeking an injunction directing UPS to not discriminate or retaliate against employees.

UPS lawyers also stated in their court papers that another white co-worker complained about his alleged unprofessional and inappropriate behavior.

But in her lengthy ruling, the judge noted that McConn's lawyers presented evidence that after their client reported his concerns about Flores' alleged aggression and hostility to his boss, General Manager John Nilsson; to Nilsson's supervisor, Bruce Crumb; and to Yee, none did an investigation.

"As a result, Flores' conduct did not change after plaintiff's reported concerns," the judge wrote.

According to the lawsuit, McConn worked for UPS for 12 years and his job was to supervise drivers who distributed freight throughout Los Angeles County, the suit states. McConn had 20 years of experience in the package-delivery industry and was well-liked by drivers and management, who commended him for his work, the suit states.

However, a shortage of drivers prompted McConn to assign more work to those in the UPS workforce and this angered Flores, according to the lawsuit.

"When plaintiff assigned Flores additional work, Flores became insubordinate and at times refused to perform his duties," the suit states.

Flores, "out of spite toward the plaintiff," called McConn a racist, alleged that the plaintiff discriminated against Flores, violated seniority and physically assaulted him, the suit states.

Flores' reported his "patently false and malicious" claims to UPS human resources and upper management, according to McConn's suit.

Although UPS management knew Flores' accusations against McConn were unfounded, the company fired him in May 2017 "in order to appease Flores and other Hispanic employees ...," the suit states.

UPS held McConn to a different standard of accountability than non- white employees and "made him a sacrificial victim in order to avoid the racial tension caused by the false accusations of Flores," the suit alleges.

UPS used McConn's alleged use of an epithet in the workplace as a false justification for firing him even though other workers were not disciplined for similar conduct, the suit states.

"Employees at UPS cursed in the rough-hewn trucking workplace all the time, but no employee had ever been reprimanded, let alone terminated, for swearing," the suit states.

Dozens of McConn's former co-workers circulated a petition after his firing demanding that he be reinstated, but the company refused to give him his job back, according to his lawsuit.