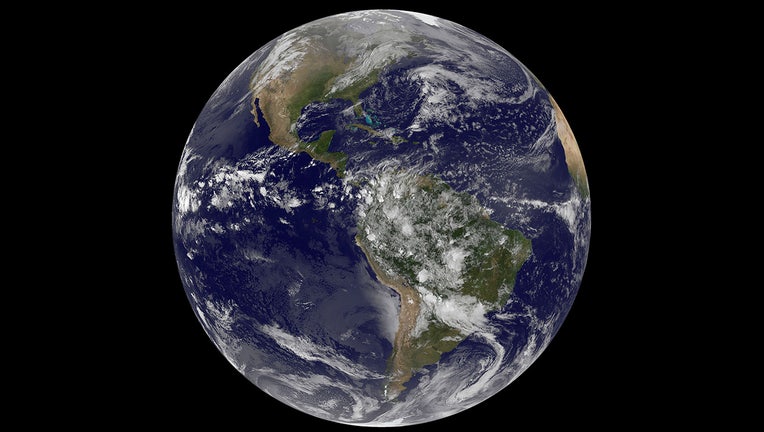 Google Earth has fascinated millions as it can show someone locations across the globe in great detail. Now, just in time for Earth Day on April 22, Google Earth allows users to use a time-lapse feature to show how the Earth has changed over 37 years — from a global view down to their neighborhood.

"With Timelapse in Google Earth, 24 million satellite photos from the past 37 years have been compiled into an interactive 4D experience. Now anyone can watch time unfold and witness nearly four decades of planetary change," according to a blog post from Google.

The world has certainly changed over the past three decades and the time-lapse feature is meant to highlight the rapid environmental changes impacting the planet and potentially spark ideas to combat climate change, the blog post continued.

"We invite anyone to take Timelapse into their own hands and share it with others — whether you’re marveling at changing coastlines, following the growth of megacities, or tracking deforestation. Timelapse in Google Earth is about zooming out to assess the health and well-being of our only home, and is a tool that can educate and inspire action," the tech company said.

How to use the time-lapse feature

Go to g.co/Timelapse and allow it some time to load.

You will automatically be taken to some part of the world, not necessarily your location, and can already start to see the time-lapse take place in whatever area you end up.

If you wish to visit your own neighborhood, all you have to do is type in your address or city into the search bar on the right side and you’ll start flying to that destination.

The time-lapse will automatically begin and you can see how your city has changed over the last 30 years.

There are also featured locations where you can see drastic environmental changes over the course of time. Each featured location is categorized into agriculture, deforestation, glaciers, infrastructure, megacities, mesmerizing changes, mining, natural disasters, urban growth and waterways.

And under each of those categories are multiple cities that show significant changes that are both alarming and fascinating to watch.

For example, the Aral Sea in Kazakhstan and Uzbekistan starts off as a full, blue and beautiful body of water in 1985 but as time starts to pass, the once fourth-largest lake in the world dries up into almost nothing.

"We hope that this perspective of the planet will ground debates, encourage discovery and shift perspectives about some of our most pressing global issues," Google said. 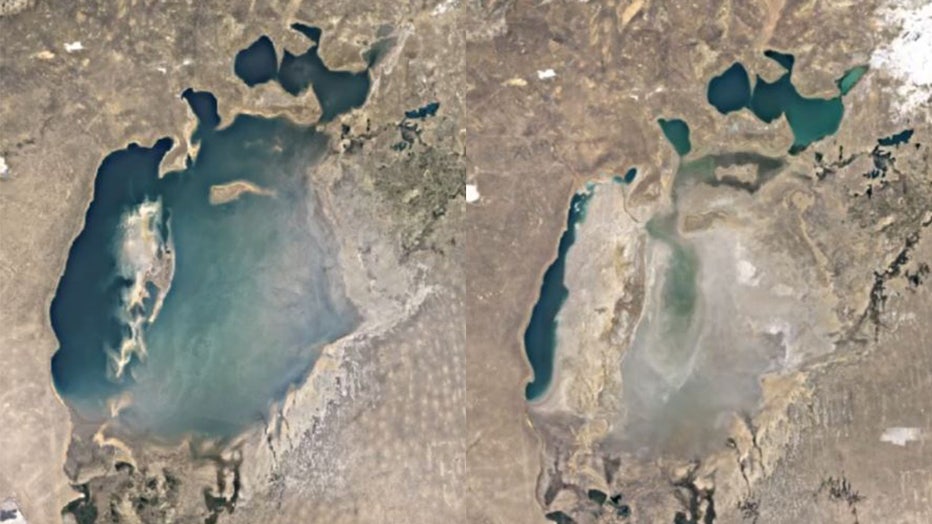 The history of Earth Day

The first Earth Day was held in April 1970, before the Environmental Protection Agency, Clean Air Act or Clean Water Act even existed. At that time, there were simply no laws in place aimed at protecting the environment.

According to earthday.org, a book by Rachel Carson titled "Silent Spring" released in 1962 helped begin raising public awareness and concern for the environment. It sold more than 500,000 copies in 24 countries.

Then, according to the EPA, in the spring of 1970, Senator Gaylord Nelson created Earth Day as a way to bring the issue into the national spotlight. After 20 million Americans demonstrated across the country, Congress authorized the creation of a new federal agency to tackle environmental issues, the U.S. Environmental Protection Agency, in December 1970.

In 1990, David Hayes, the first national coordinator, partnered with Nelson to expand Earth Day celebrations in more than 100 countries, turning it into a global event.

It falls on April 22 every year.

Chris Williams contributed to this report. This story was reported out of Los Angeles.