Three men were killed in a horrific crash in South Los Angeles on the night of April 11, police said.

LOS ANGELES - Two men and a 14-year-old were killed in a horrific crash in South Los Angeles when a vehicle plowed into parked cars and into the brick exterior of a Wells Fargo bank late Sunday night, officials said.

The crash was reported just before 11 p.m. near the intersection of Central and Florence avenues in South LA's Florence neighborhood, the California Highway Patrol said. 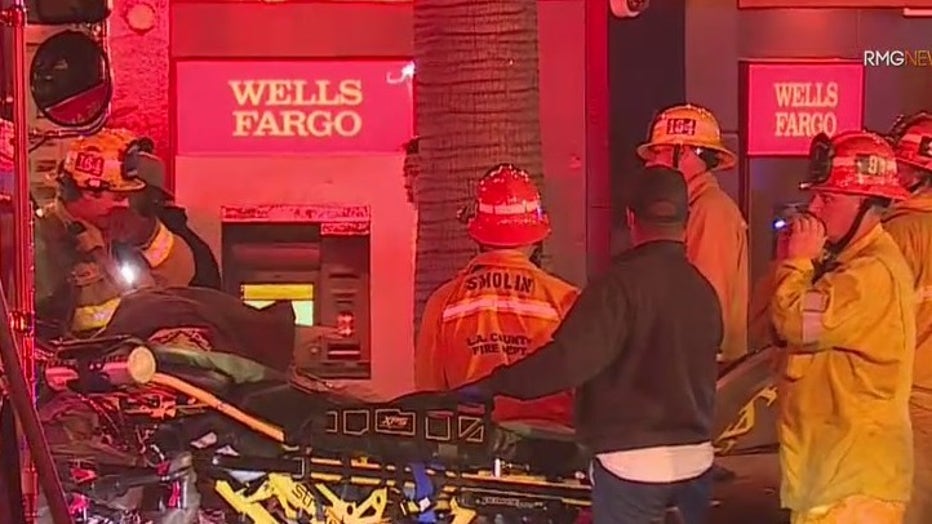 Authorities said a 2007 Toyota with three men and a teenager inside was speeding eastbound on Florence Ave. when the driver lost control and crashed into two parked cars and into the brick facade of the Wells Fargo bank.

Following the crash, a large crowd described by officials as "combative and unruly," gathered at the scene. Both the Los Angeles Police Department and Los Angeles County Sheriff's Department helped with crowd control. 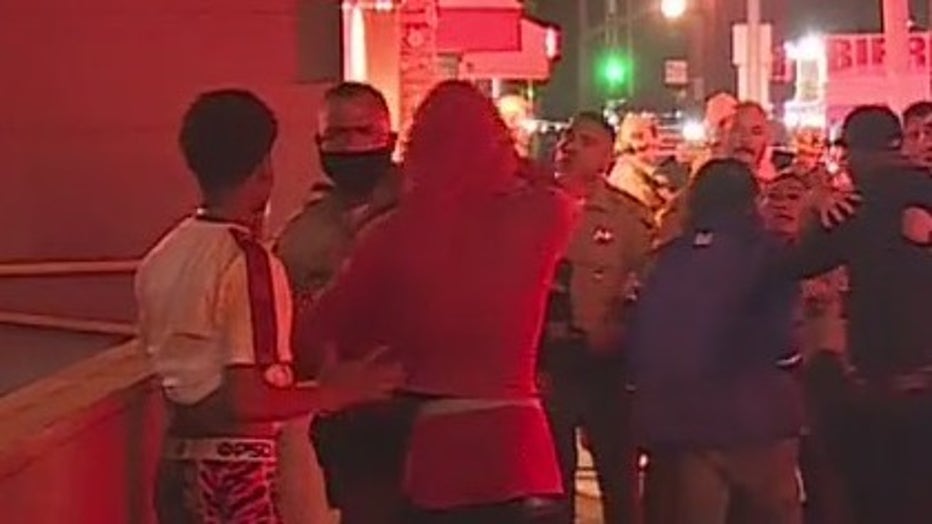 Firefighters were able to free one of the four victims from the wreckage. The other three victims, ages 14, 21, and 23, were pronounced dead at the scene, CHP said.

The surviving victim, the 20-year-old driver, was taken to a local hospital with moderate injuries.

A woman in a Jeep was also taken to a hospital for minor injuries.

CHP investigators believe speed was a factor and do not believe the victims were street racing as stated in initial reports.