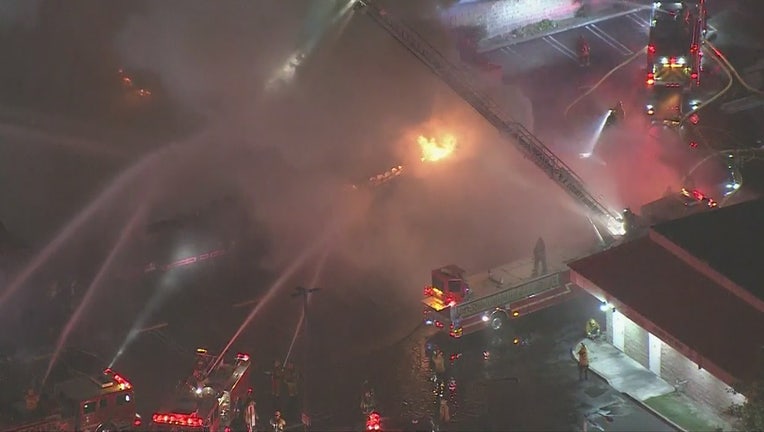 Eighty firefighters were dispatched to the 10100 block of East Valley Boulevard, near Baldwin Avenue, about 8:10 p.m., according to Supervisor Imy McBride of the Los Angeles County Fire Department.

Fire crews were continuing to fight the blaze at 9:30 p.m., but no injuries had been reported, McBride said.