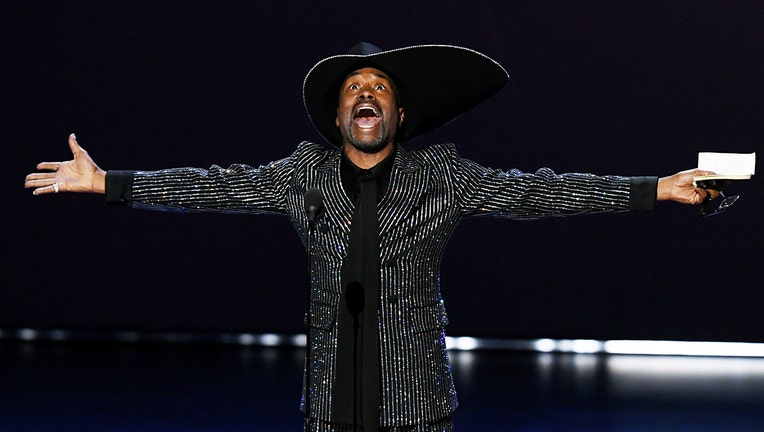 LOS ANGELES - The 71st Emmy Awards was a night to remember and became a historic milestone when “Pose” star Billy Porter took home one of the most prestigious awards of the night.

The show made history when Porter won the best drama actor award, becoming the first openly gay man to take the honor.

"God bless you all. The category is love, you all, love. I'm so overjoyed and so overwhelmed to have lived to see this day," said an exuberant Porter, resplendent in a sequined suit and swooping hat.

Porter, who is known for his bold red-carpet fashion choices, was glittering in a lopsided cowboy hat encircled by large rhinestones. His suit was in sparkling silver and black stripes.

Porter won the Emmy on Sunday night as a first-time nominee for playing the character Pray Tell on the FX drama series.

He beat out nominees that included Bob Odenkirk, Jason Bateman and Kit Harington.

Before becoming well known as the flamboyant emcee Pray Tell in the FX drama, Porter was a well-known Tony and Grammy award-winning artist.

In 2013, the Pittsburgh native won a Tony Award for Best Actor in a Musical where he played Lola in Kinky Boots, a performance that also landed him a Grammy Award for Best Musical Theater Album for the same production.