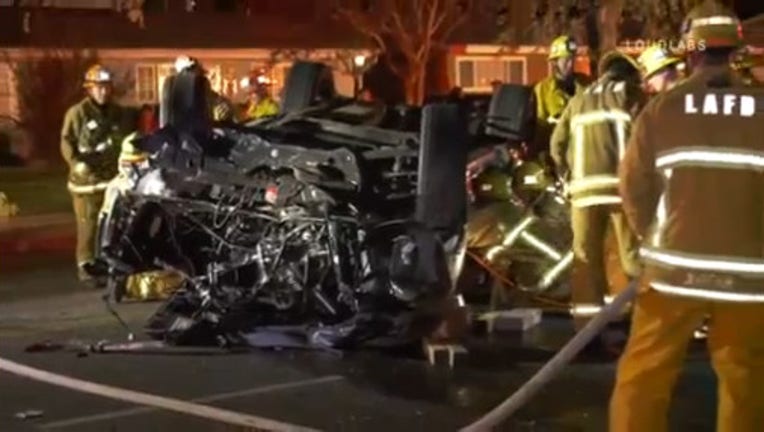 WINNETKA, Calif. - Two teenage brothers were killed when the vehicle they were riding in collided with some parked cars.

The crash happened before 1 a.m. on Parthenia Street near Mason Ave. in Winnetka.

Police say the driver, 20-year-old Pablo Roman Trujillo, was under the influence. Trujillo was taken to the hospital and then arrested on murder charges.

Two of his passengers were pronounced dead at the scene.