Fifteen-year-old Javier Gonzalez of Colton was killed earlier this week after being hit by a truck while riding his bike in Riverside. Police are looking for the driver.

RIVERSIDE, Calif. - A teenager was killed while riding his bike in Riverside Tuesday, after being hit by a car, according to police. Authorities are still looking for the driver. 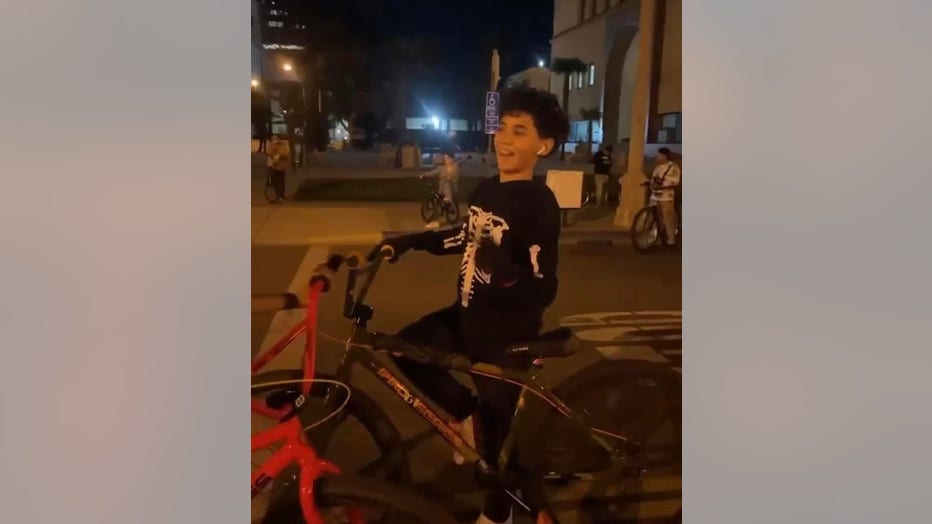 Police say a call came in around 9:30 p.m. Tuesday for a traffic collision involving a car and a bike near the intersection of Main Street and Poplar Street. When they arrived, they found 15-year-old Javier Gonzalez had sustained "major injuries." He died just minutes later.

Riverside Police say they're looking for the driver of a dark-colored pickup truck. That truck was traveling south along Main Street when it collided with Gonzalez, who was traveling north along Main Street on his bike, according to police. The driver allegedly failed to stop after hitting Gonzalez, and fled the scene. Investigators are still looking for surveillance footage from near the scene.

Friends and family of the teen gathered at the scene of the incident Tuesday night to leave candles and pay their respects. The family has set up a GoFundMe to help pay for funeral services. That fundraiser has already nearly doubled its goal.

Anyone with information about the incident or the identity of the driver is asked to contact Riverside Police at (951) 826-8722.

According to police, Tuesday's incident was the fifth traffic collision fatality in the last week. In all the others, the drivers remained at the scene.