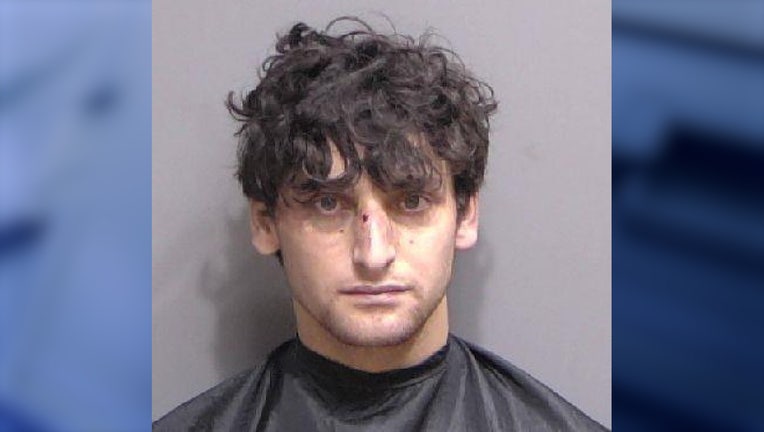 PALM COAST, Fla. - Deputies arrested a 19-year-old accused of brutally killing one of his family members and attacking another at a Palm Coast home early Wednesday morning, according to the Flagler County Sheriff's Office.

Law enforcement responded to the home on Clermont Court shortly before 3 p.m. after a 911 caller said a man showed up at her home saying he had been attacked and needed help.

Deputies spoke to the victim who said he had been attacked by a family member later identified as Luke Ingram, of Dunwoody, Georgia. The victim said he believed Ingram had also attacked another family member within the home.

At the home, investigators found Ingram standing next to a severely injured man and a blunt object that appeared to be used in the attack, the sheriff's office said. Fire and rescue arrived and pronounced the man dead from significant blunt force trauma.

At one point, deputies said Ingram had to be tased by deputies after he reportedly physically resisted arrest. Ingram was later taken to the Flagler County Courthouse to speak with investigators about what happened, and while at the courthouse, deputies said he tried to escape by pulling his handcuffed arms through his legs and attacked law enforcement.

Ingram was tased again and was taken to a local hospital with minor injuries. Once he was medically cleared, Ingram was booked into the Flagler County Jail on several charges including second-degree murder, domestic violence by strangulation and resisting violence on a law enforcement officer.

He's being held without bond.