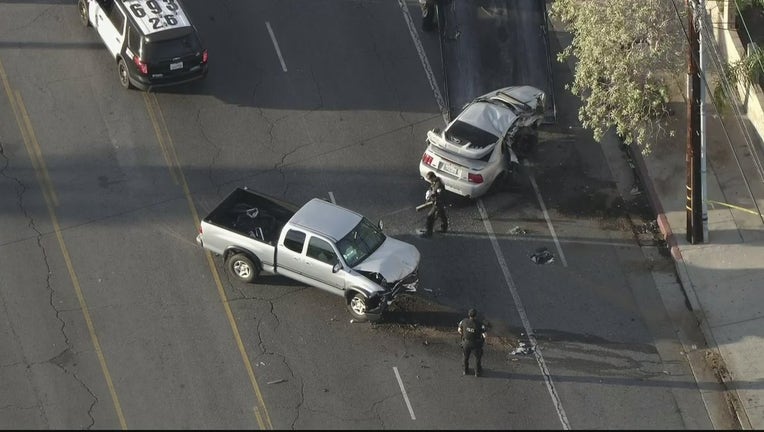 LOS ANGELES - A teenage boy driving a sedan was killed Sunday during a two-vehicle crash in Sylmar that also injured a motorist in a pickup truck, authorities said.

Firefighters and paramedics were dispatched at 11:47 a.m. to 13920 W. Foothill Blvd., where the teenager was pronounced dead at the scene, the Los Angeles Fire Department reported. His sedan hit the pickup truck and then struck a pole.

The motorist in the pickup, a 56-year-old man, was taken to a hospital in fair condition with non-life-threatening injuries.