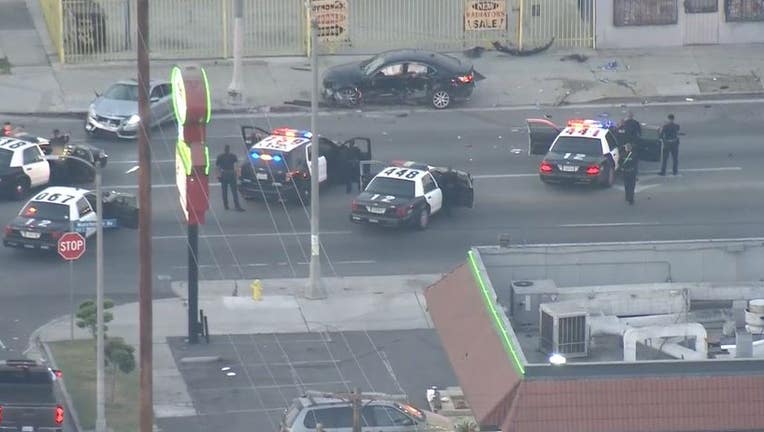 LOS ANGELES - A man is in custody after leading officers on a wild pursuit through the streets of Los Angeles.

The pursuit began around 6:15 p.m. after officers received reports of a stolen vehicle. The suspect was wanted to robbery and kidnapping.

Police tell FOX 11 the 16-year-old suspect stole a vehicle with someone inside and drove off. He eventually crashed that stolen car then fled on East 88 St. in South LA. That’s when he stole another vehicle, a black Lexus.

SkyFOX overhead caught the suspect in the Lexus driving erratically on residential streets, blowing through stop signs, speeding, and driving on the wrong side of the road.

At one point the driver did a donut in the middle of the intersection, paused for a few seconds and then continued to drive. 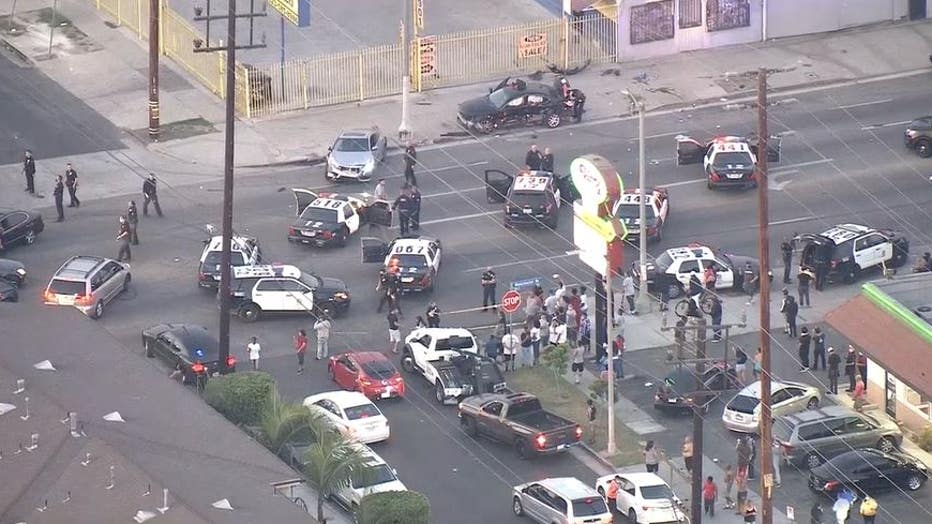 The pursuit came to an end at the intersection of Manchester Ave. and Wadsworth Ave. after a passing vehicle T-boned the suspect. The suspect’s vehicle spun out of control and landed right in front of a radiator and muffler service shop.

As half a dozen cop cars surrounded him, the suspect exited the vehicle and surrendered to authorities.

The driver in the passing vehicle who T-boned the suspect is 22-year-old George Diaz.

He told FOX 11 that he just dropped off his girlfriend. He heard there was a pursuit in the area but never thought he’d be in the middle of it. The suspect ignored a stop sign and continued to drive, that’s when Diaz’s vehicle hit the suspect’s vehicle.

Diaz suffered minor injuries. His silver Civic had damage to the front driver’s side.

Following the collision, a large crowd of spectators gathered around the area and watched as police investigated.