A pursuit suspect led officers on a chase through East Los Angeles and Whittier on the afternoon of Feb. 25.

LOS ANGELES - A driver in a stolen BMW sedan has been taken into custody after leading officers on chase through parts of Los Angeles County.

The chase started around noon in Downtown LA and ended in Whittier, where the driver surrendered.

The motorist was speeding along surface streets and went onto the San Gabriel River (605) Freeway. 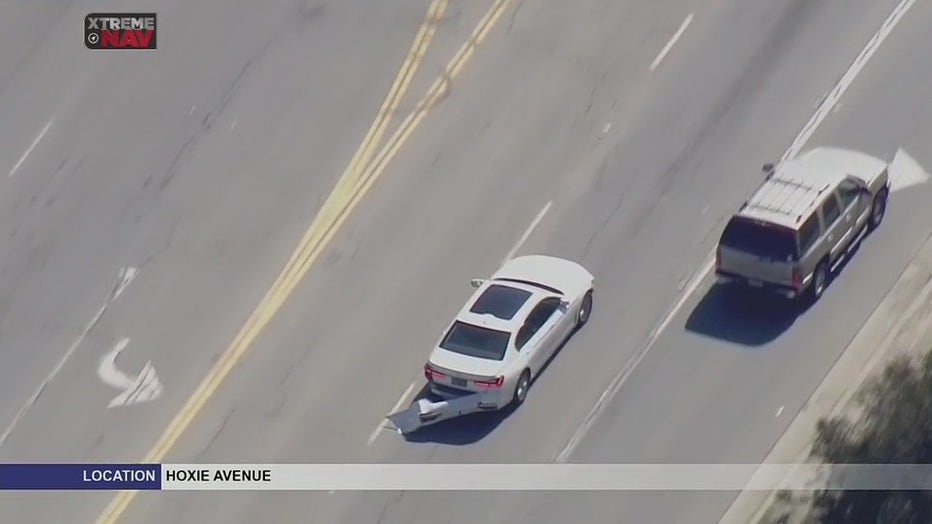 Images from SkyFOX above showed the car weaving in and out of traffic with its bumper dragging on the ground. At one point the suspect vehicle appeared to be parking but the driver quickly pulled back and drove over a curb and back onto the street.

Around 12:50 p.m., the driver nearly collided with a patrol car near Washington Avenue and Philadelphia Street in Whittier. A short time later, the man got out of the car and ran a short distance before surrendering.