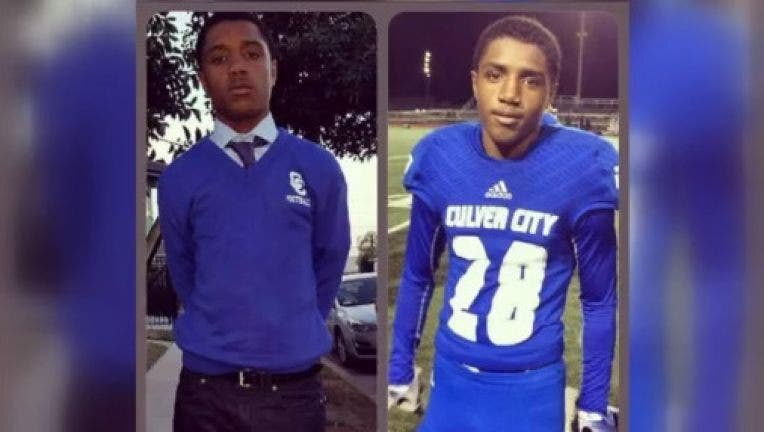 LOS ANGELES - A 20-year-old man suspected of fatally stabbing an 18-year-old man in a Rose Bowl parking lot last year has been taken into custody in Nevada.

Police say he was arrested on an unrelated charge and is expected to be brought back to the Southland to face a murder charge, Pasadena police reported.

Kamryn Stone, a recent high school graduate who was taking real estate
classes at West LA College, was stabbed outside the stadium, near Arroyo
Boulevard and Seco Street, about 11:20 p.m. on Sept. 14, 2019.

A second victim, who was 51 year old, was shot in the left arm but recovered, police said.

Earlier this month, investigators identified the stabbing suspect as Kyonne Garner of Los Angeles, who is in custody in Nevada for an unspecified but unrelated charge, according to Pasadsena police.

He was charged this week with murder by the Los Angeles County District Attorney's Office and is being held on $2.115 million bail, police said.

Don Wayne Davenport was identified as the shooting suspect early in the investigation and arrested on Feb. 11, according to police, who say they
recovered the handgun used in the shooting. Davenport is being held on $2.075
million bail, according to sheriff's department records.

The shooting happened about three hours after the University of Oklahoma defeated the UCLA Bruins, 48-14, at the Rose Bowl.