Joseph Jimenez, 20, was arrested in connection with the deadly double shooting at a showing of 'The Forever Purge' at a movie theater in Corona.

RIVERSIDE COUNTY, Calif. - Officials announced Wednesday that a 20-year-old man suspected in a deadly double shooting that occurred during a showing of "The Forever Purge," inside a movie theater in Corona was arrested and faces multiple charges including murder. Investigators continue working to find a motive in the shooting they believe was unprovoked.

The preliminary investigation revealed the two young victims, both teenagers, may have been robbed prior to the shooting.

Detectives with the Corona Police Department issued a search warrant at a home in El Cerrito located near the 15 Freeway and East Ontario Avenue around 10:30 p.m. Tuesday. Investigators were led to the suspect’s home after interviewing witnesses and an anonymous tip.

The Riverside County Gang Impact Team (GIT) was part of the search team, however, the suspect is not a registered gang member, Corona PD Cpl. Tobias Kouroubacalis said.

While at the home, authorities discovered a handgun and other evidence that connected the identified suspect, Joseph Jimenez, to the shooting. Cpl. Kouroubacalis said during a press conference Wednesday that the shell casings found at the theater matched the caliber of the weapon.

A 20-year-old man suspected of gunning down a young woman and wounding another during an attack inside a Corona movie theater has been arrested; police say he had no apparent motive for the shooting.

Jimenez was subsequently arrested and taken into custody Tuesday night.

Corona PD received a 911 call for service from the Regal Edwards Theater at the Crossings Shopping Center on Monday around 11:45 p.m. A short time later, arriving officers discovered two victims suffering from gunshot wounds inside the cinema near their seats.

Cpl. Kouroubacalis said no cameras were recording inside the theater at the time of the shooting. 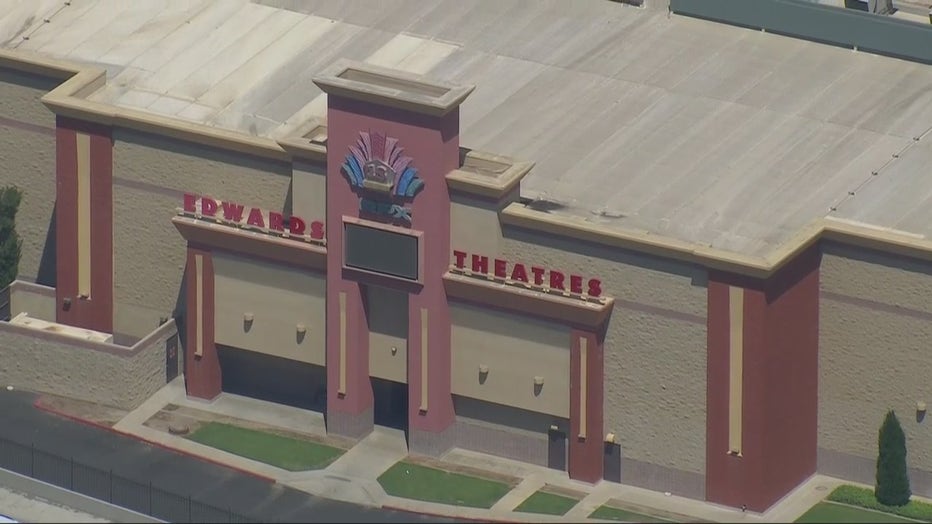 One victim was pronounced dead at the scene while the second victim was rushed to a local trauma center.

Cpl. Kouroubacalis said there were six moviegoers inside the theater at the time of the shooting. He also noted the suspect was in possession of a movie ticket for that specific showing of the horror film.

The victims were identified by authorities as 18-year-old Rylee Goodrich and 19-year-old Anthony Barajas. Goodrich was pronounced dead at the scene and Barajas remains on life support, officials said. 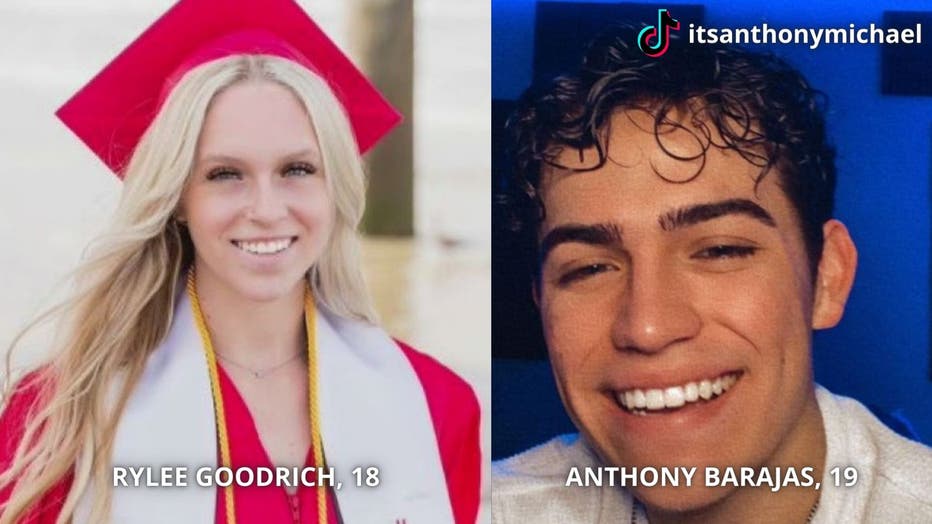 Barajas, known as @itsanthonymichael on social media, has a large following, including nearly 930,000 followers on TikTok.

The shooting appeared to have occurred near the end of the film and officials said it does not appear Jimenez was motivated by the violence in the film.

There was a small audience for that showing of the movie, with only six tickets purchased, Kouroubacalis said.

GoFundMe pages have been created for the shooting victims:

Jimenez was booked into the Riverside Presley Detention Center on charges of murder, robbery with a gun and attempted murder. He is being held on a $2,000,000 bail.

Anyone with information is asked to contact Corona PD. Those who wish to remain anonymous can call 951-817-5837.