It's almost time to play in the Super Nintendo World, which will open in February, Universal Studios Hollywood announced Wednesday.

LOS ANGELES - It's almost time to play in the Super Nintendo World, which will open in February, Universal Studios Hollywood announced Wednesday.

The newly expanded area will make its debut Feb. 17, 2023, with rides, attractions and a restaurant. It will feature the new ride, Mario Kart: Bowser's Challenge, and new features and attractions in the Mushroom Kingdom. The new Toadstool Cafe will offer food and drinks and the 1-UP Factory will provide Nintendo-themed merchandise.

The Mario Brothers are coming to Hollywood! Super Nintendo World is set to open in 2023 at Universal Studios Hollywood.

Visitors will pass through Peach's Castle on their way to the Mushroom Kingdom which includes Mario, Luigi and Princess Peach. Power Up Bands, wearable interactive wristbands, will be available for visitors to enhance their experience.

Mario Kart: Bowser's Challenge is based on the video game series and gives riders an augmented reality experience along a moving ride track with a variety of outcomes. 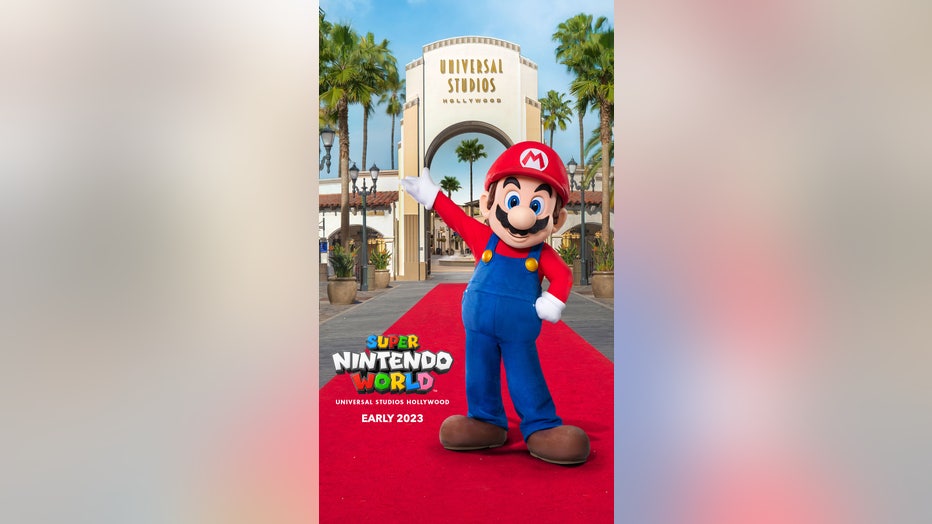 Another feature is interactive gameplay where guests can become engage in punching blocks to collect digital coins and a variety of interactive activities. They can discover Super Nintendo World via interactive binoculars employing augmented reality technology positioned within the land.