LOS ANGELES - Summer officially came back on Tuesday, and Southern California is already feeling the summer heat. It's hot this weekend in Los Angeles, and it won't be letting up until well into next week, according to the National Weather Service.

This heat wave is expected to last through Wednesday, June 29, and naturally the further inland you go, the hotter it's going to be. LA is only expecting a high of 83 F Saturday, but in the valleys and the mountains, temperatures could reach into the mid to high 90s, according to the NWS. 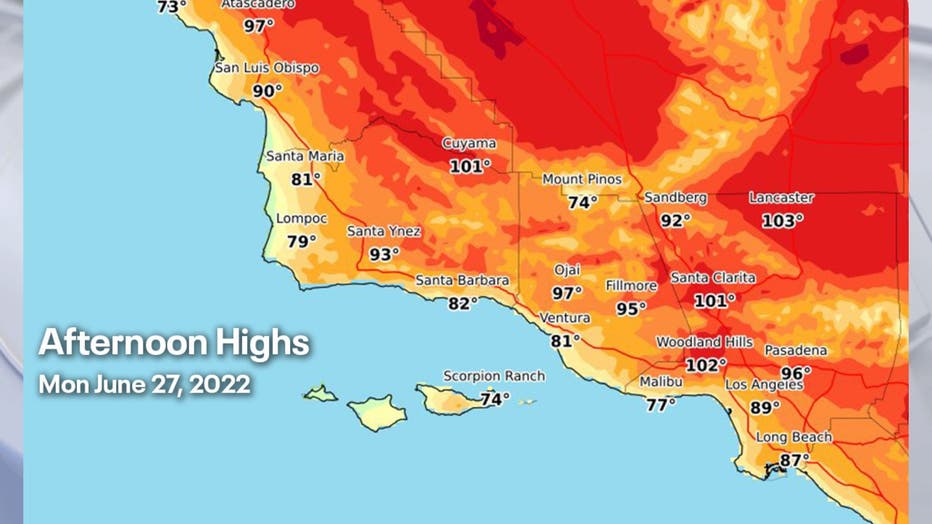 Monday will be the hottest day of the next week, however, with the NWS predicting temperatures in the low 100s in places like Woodland Hills, Santa Clarita and Lancaster. NWS also warns of an increased risk of heat-related illnesses.

This level of heat can be extremely dangerous, especially for extended periods of time. The National Weather Service has a few tips to help keep you and your loved ones safe.

First, if you're working outside, make sure to stay hydrated and take regular breaks in the shade. If you're outside for other reasons, make sure to limit strenuous activity.

If you have any friends or family who don't have air conditioning, experts recommend someone check up on them. The city of Redlands is expanding its cooling center hours this weekend in anticipation of the heat. The cooling centers will be open from 9 a.m. to 7 p.m. Saturday, June 25, and from 1 p.m. to 5 p.m. on Sunday, June 26.

And finally, NWS recommends never leaving a child or pet in a car on a hot day. A 2018 study from Arizona State University and the University of California, San Diego found that on days with above 100-degree temperatures, cabin temperatures can reach deadly levels in as little as an hour.